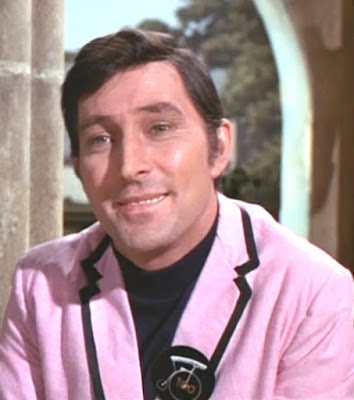 He seems to be an amiable sort of chap, the way he smiled at Monique that time at the café, one might think he was keen on her. Mind you appearances can be deceptive. Number 100 is a clever fellow, he radicalized Number 51 the Watchmaker, having turned him into a terrorist and bomb maker. We shall never know if such thoughts as to what he is doing for principle, are actually his own. The citizens are in this prison for life, but he’s met no-one who has committed a crime. That he’ll protest in a manner they cannot ignore. He does not see that such an act would be murder, he sees it as assassination. For what Number 51 is soon to do the entire Village will be punished. But the little Watchmaker only sees that as being what they need to wake them up, to shake them out of their lethargy, presuming they survive the punishment! There is no turning Number 51 because he thinks they do not understand, but it’s he who doesn’t understand. This man, Number 100, has turned a mild mannered man into a principled anarchist! He once told Number 2 that he’s never had a failure yet, and he wouldn’t have one with the Watchmaker. And yet he did fail from a right hook from Number 6! Not so sure about the pink blazer, it looks like the Schizoid Man’s blazer, but dyed pink!