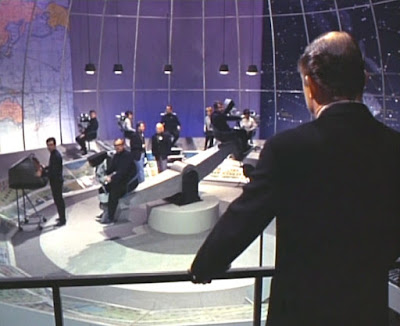 “What’s going on here?”
“Going on Number Two?”
“You’ve removed ‘the Prisoner’ from today’s television listings!”
“Well it’s on in the week so……”
“What’s that got to do with it?”
“Well we thought that seeing as Roger Moore has recently passed away we would pay tribute to him.”
“By screening two episodes of ‘The Persuaders?”
“Yes.”
“But you were already screening two episodes of ‘The Persuaders,’ that’s four episodes now!”
“I think people were getting bored with ‘the Prisoner.”
“Bored!!!!!! What do you think they’ll be after watching four episodes of ‘The Persuaders?”
“I didn’t think Number Two.”
“That’s the trouble, you don’t think. I was looking forward to watching both ‘The General’ and ‘Many Happy Returns.”
“I’m sorry Number Two.”
“Sorry doesn’t cut it…….I’ll beak this conspiracy!” 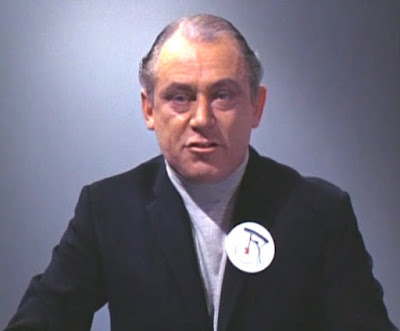 With apologies to enthusiasts of ‘The Persuaders.’ But True Entertainment have removed ‘the Prisoner’ from their TV listings for today, when only yesterday ‘the Prisoner’ was advertised!

Be seeing you, or rather I will not be seeing ‘the Prisoner’ this afternoon!
Posted by David Stimpson at 08:22