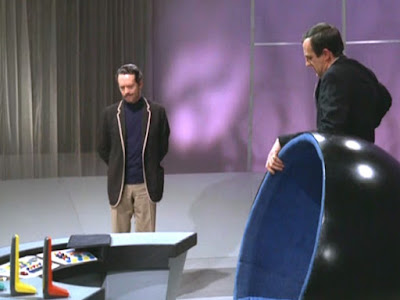 Number 6 12 apologizes to Number 2 for having not shaved, he couldn’t find a razor, it must have been mislaid! Thinking about it, I’m not surprised it was confiscated on Number 6’s arrival in The Village, especially if it was anything like John Drake’s razors! One had a micro tape recorder hidden in it, and another had a radio for sending an automatic distress signal, which he used that time he infiltrated Colony Three. Although in ‘Dance of The Dead’ we see Number 6 using an electric razor in his bathroom, a Ronson Super Trim 260 {not of the type used by John Drake} although watching him on the wall screen he doesn’t seem to be getting on with it very well. Mind you I’m not surprised, I myself have a brand new, never used Philishave electrical razor, of the kind John Drake uses in several episodes of ‘Danger Man.’ But I couldn’t get on with it, the blades aren’t at all sharp, and nor does it have micro tape recorder hidden in it! 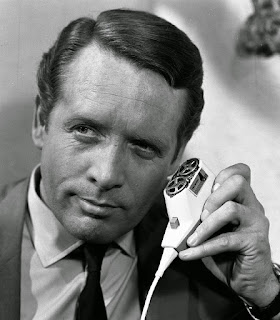