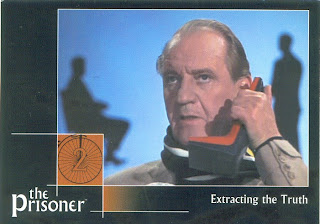 "Extracting the Truth" - but surely they knew what Number 6 would do if he were to be elected as the new Number 2, at the very least the Labour Exchange Manager knew what Number 6 would do, he actually told both the electoral candidate, and the television viewer at the time! Isn't it mote likely that the so called "Truth Test" is nothing more than another conditioning technique?