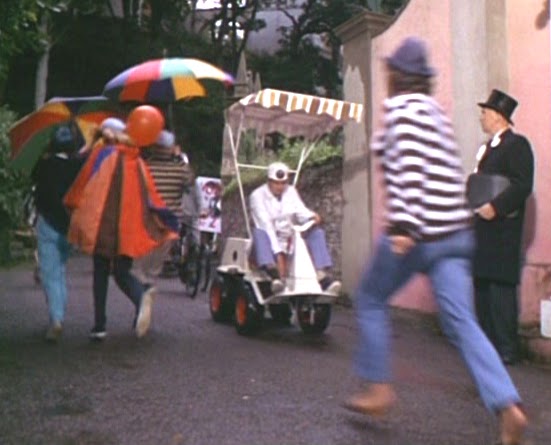 It is just a thought, but might not that same canopy on the garden tractor once have been fitted to a Penny Farthing bicycle? There is a photograph of such a contraption which was taken outside the Town Hall, it also appears in some amateur film footage taken at the time when filming of ‘the Prisoner was under way at Portmeiron in September 1966. That Penny Farthing bicycle with added canopy never appeared in ‘the Prisoner,’ only the bicycle minus the canopy. So waste not want not as Number 2 once said, so they attached the canopy to a garden tractor instead. But fitted back to front!