The Maid of Kent 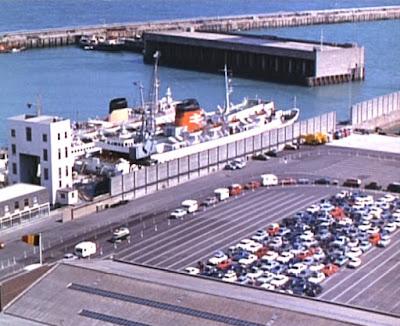 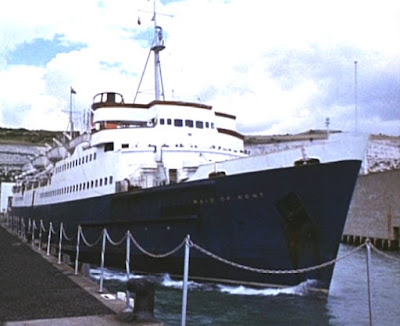 This is the Maid of Kent, one of the British Rail ferries which crossed the English Channel between Dover and Boulogne. She is seen in ‘the Prisoner’ episode ‘Do Not Forsake Me Oh My Darling’ when ZM73, but in the guise of the Colonel, takes the ferry over to France.
Built in 1955 by William Denny & Bros
Gross tonnage 3,920 tons
Accommodation for 1000 passengers
Space on the car deck for 190 cars
She served as a ferry until 1981, until she was laid up at Newhaven, then scrapped and broken up in 1982 at San Esteban de Pravia, Spain.
Here is a link to film footage shot at Dover featuring the Maid of Kent in 1960.