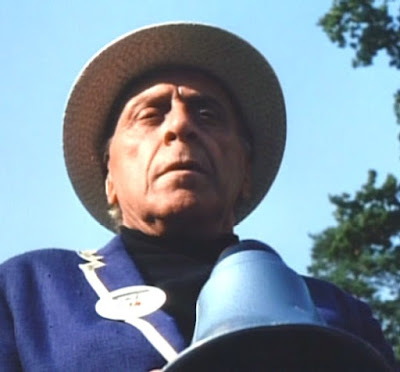 Number 8 told Number 6 that Number 14 is an ex-Count, how does any aristocrat become “ex” anything? You can have an ex-King, as with King Constantine of Greece who was deposed and is known as Ex-King Constantine, but the aristocracy keep their titles no matter what, as was the case in Russia and such places. So even as a prisoner in The Village, Number 14 should have retained his title. Even during the French revolution when the aristocrats had their lands taken away from them, and placed in the Bastille to await execution, they still retained their titles, right up to the moment their heads were separated from their bodies! It does make one wonder what it was that had an aristocrat brought to The Village. But it’s nice to see that he maintains the old family ways, by using people as chess pieces, even though he can’t have the heads of those pieces removed from the chessboard, chopped off!