Colin Chapman, pictured here on the left, founded the sports car company Lotus Cars in 1952. He initially ran Lotus in his spare time, assisted by a group of enthusiasts. Under Chapman's direction, Team Lotus won seven Formula One Constructors Titles, and six drivers Campionships, and the Indianapolis 500 in the United States of America between 1962 and 1978.
The production side of Lotus Cars has built tens of thousands of reletively affordable cutting edge sports cars, including the Lotus 7. Lotus is one of but a handful of British performance car builders still in business after the industrial decline in the 1970's. 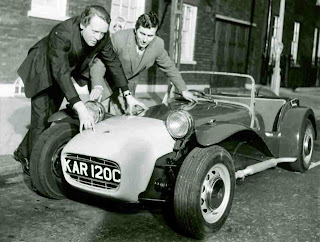 Graham Nearn, pictured on the left with Patrick McGoohan, and KAR 120C Lotus' demonstrator, fell in love with the Lotus 7 after seeing it displayed at Earls Court Motor Show in 1957. He was enamoured of Colin Chapman's brilliantly, bold, original design that in 1959 he launched Caterham Cars to distribute the individualistic, two seater sports car. Nearn bought the rights to the Lotus 7 in 1972, and continued to manufacture developments of Chapman's design under his own name.

Team Lotus, the most successful new team in the 2010 World Formula 1 Championship has now bought Caterham Cars, the UK's most famous and well-established sports car manufacturer. As far as Caterham Cars is concerned, the significant takeover means that the company will have the resources to start developing new cars. This does not, however, mean the end of the company's most iconic model. In fact the Lotus 7 appears to have come full circle. But that is not quite true. Team Lotus is completely separate from Lotus cars {the original manufacture of the Seven}, which is part of Group Lotus, which is owned by Proton and is the title sponser of the Renault team, which supplies Team Lotus with it's engines. At this time there is a legal dispute between Team Lotus and the Renault Team in Formula 1, with regards to naming rights. So it is possible, depending on the outcome of the legal dispute, that Team Lotus would become Caterham F1 {Formula 1}. 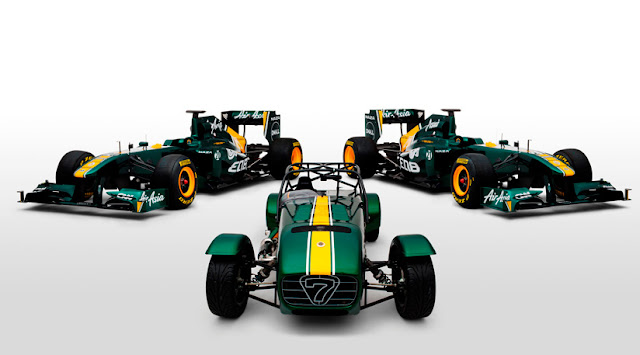 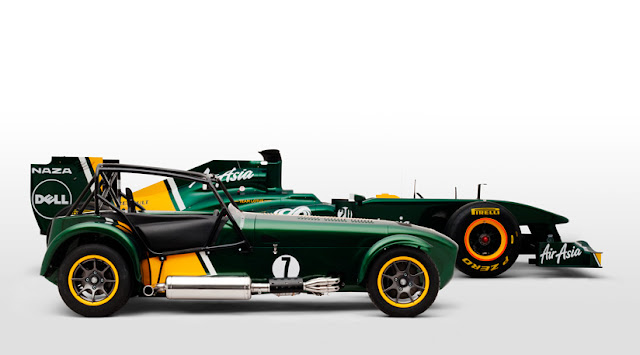 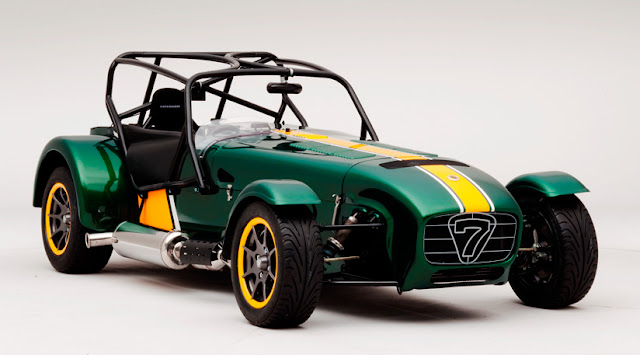