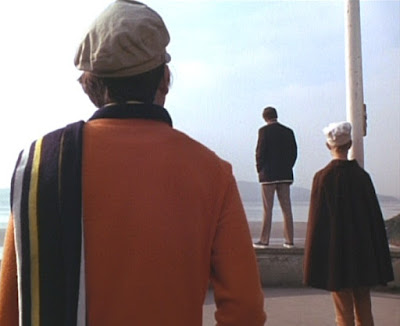 “You’re not thinking of jumping?”
“Never.”
Even if he was, neither Number 2 nor Number 240 would be able to stop him. But no, Number 6 is not a man to take what is laughingly called “the easy way out.” Besides Number 6’s suicide might well have been one too many, and what would The Village or the television series be without Number 6? Certainly had Number 6 jumped, it would have been Number 2 who would have been on trial, being found guilty by the three Judges, sentenced to death in the name of the people, and having the citizens set upon her heels in order to carry out the sentence in the name of justice. And with Number 6 dead, where would they have found another of his calibre? No, it has to be said that both The Village without Number 6, and ‘the Prisoner’ as a television series without Patrick McGoohan would have become a very different place!