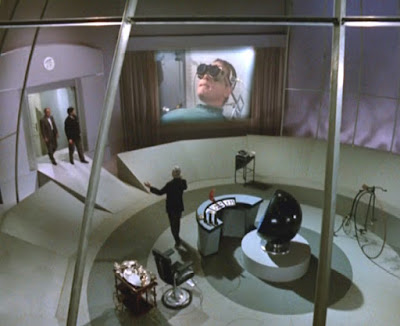 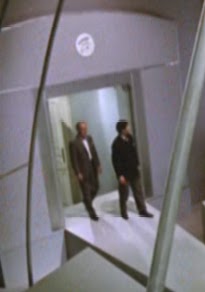 Number 2 sat in his office awaiting a new visitor in The Village. He was expecting the Colonel to bring him Doctor Jacob Seltzman, whom he welcomed with open arms. And yet it is not the actors of the Colonel and Doctor Seltzman who walked through the door, at least in long shot it isn’t, its only Nigel Stock and Hugo Schuster when it’s in close-up! I’ve sometimes wondered why they didn’t use the same actors like Nigel Sock and Hugo Schuster in long shots as they do in close-ups, but used substitutes instead?!
Be seeing you
Posted by David Stimpson at 08:16