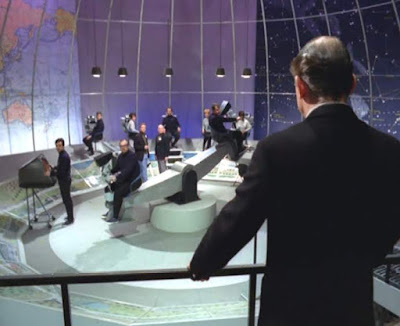 What’s going on here? There’s the supervisor and his assistant Number 60, one chap operating the sonar equipment, and 7 {there’s that number again} Observers. Number 2 once said that the Observers do see and hear everything, somehow I question that, a whole Village full of citizens watched all day long by 7 Observers, it’s simply not possible for them to be able to see and hear everything!
Part of the Control Room wall is covered by a map of the World and an astral chart. I can see why the need for a map of the World, but an astral chart I don’t see the need for that. Unless it’s following the way in which during bygone times globes would come in pairs. A terrestrial globe and an astral globe.
There is another map, a long thin map of The Village which runs slanted to the floor of the Control Room. In one scene in the control room, something can be seen running along the roads in The Village. One fan suggested that it was a Mini-Moke being tracked, but further investigation proved it was actually a circle of white light, which makes it look like its the Guardian that is being tracked! 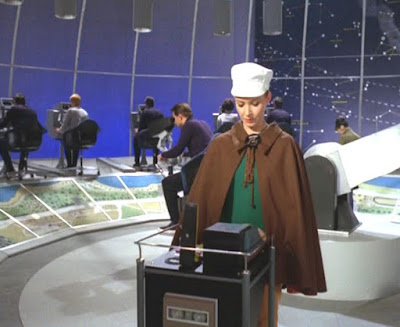 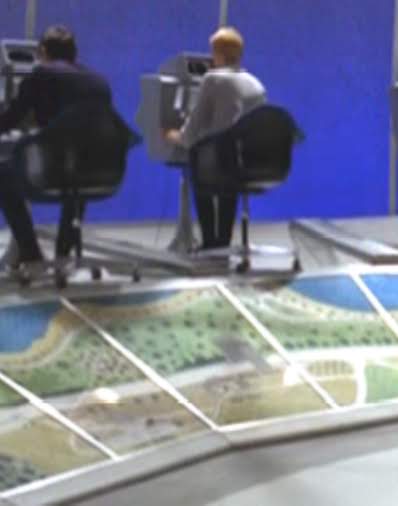 This was first reported in issue 23 Spring 1990 of NUMBER SIX magazine, how when viewing ‘Dance of The Dead’ on laser disc, on no fewer occasions within the episode a small white dot of light can be clearly seen traversing the roads along the tilted The Village map which skirts the Control Room. The first time it is seen comes at 5 minutes and 6 seconds into the episode. The moving white dot is seen again when Number 240 is standing at her control consul busy looking for Number 6, some 26 minutes and 6 seconds into the episode.


The following picture gives a better overall view of the map. 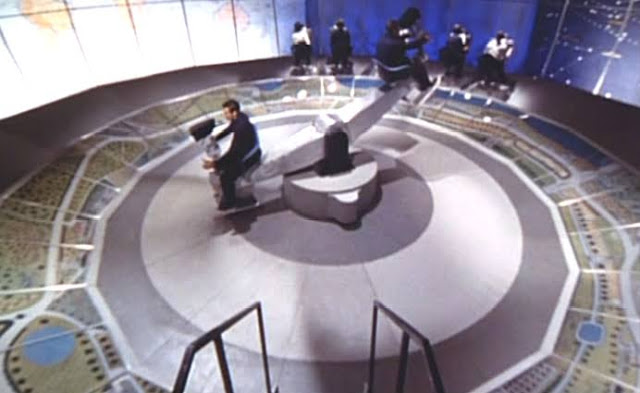 I wonder where The Village is? Tilted at an angle, a map of The Village runs round the control room. But is it a true representation of The Village? It looks impressive, and yet it seems to only cover the coastline and part of the woods, it doesn’t appear to show the Village interior.

Be seeing you
Posted by David Stimpson at 07:28