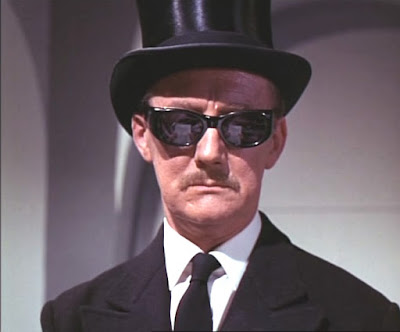 So Number 2 is not only Chairman of The Village, but also he’s the Chief Administrator as Top Hat official of Administration, as well as Chairman of the Board of Education. It would seem that this Number 2 has a great deal of authority. And yet as Chairman of the Board of Education he only has the casting vote, has no say on the board, he is reliant on the board members to approve the Professor’s lectures, as demonstrated with the Professor’s final lecture. The projectionist asked Number 2 if the lecture had been passed by the Board, to which Number 2 replied “It will be.”
But it all went wrong for this Number 2. Well not wrong, disastrously wrong would be more like it. So what happened to this Number 2? Well he certainly wasn’t fit for a further term, because we never see this particular Number 2 again. Depending on where he originated from, he was probably returned there, maybe he was simply absorbed back into The Village Administration!