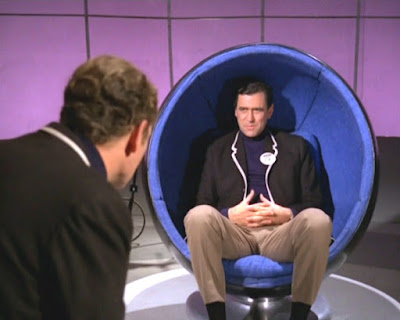 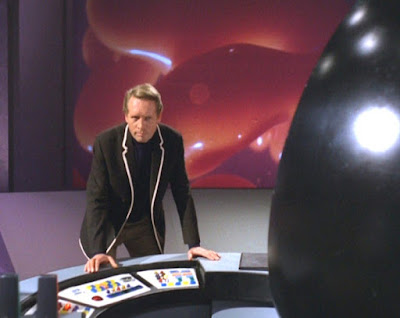 “Why are you dressed like that?”
“Why are you dressed like that?”
“I asked first.”
“I was given these clothes this morning…………”
“So was I.”
“…………This morning when I was discharged from the hospital.”
“Ah I win.”
“How do you make that out?”
“Because I saw you this morning when my predecessor took you to the Labour exchange.”
“I didn’t see you.”
“I rode by on a bicycle at the time, on my way to the Green Dome.”
“To replace Number Two?”
“Yes.”
“While he was with me in the Labour Exchange he was being replaced.”
“Yes.”
“So why are you dressed like me?”
“I could ask you the same……. You could be a Two impersonator!”
“Is there such a thing?”
“Not yet, but there will be. I’m surprised you didn’t think of it. You still could, and be the first!”
“You could be a Six impersonator for all I know!”
“Why should I want to impersonate you?”
“You could be……. two times Six!”
“That’s twelve isn’t it?”
“I’ve already seen an electrician and gardener who are identical, and two ex-Admirals who are dress-a-likes.”
“We could start a club, call it half a dozen of the other.”
“Or six of one.”
“There’s no difference, they are merely different ways of expressing the number six.”
“I like to invert it as half a dozen of one six of the other.”
“Trust you!”
“What do you mean by that?”
“You just have to be different from everyone else!”
“It’s called individualism.”
“That’s not allowed here.”
“Says a man dressed identically to me.”
“I won’t be the only one doing this, give it a few years and everyone will want to dress like me, believe me!”
“At least they won’t want to be dressed as Number Two!”

{Won’t they? As it happens Number 2 has become a very popular figure these days at Prisoner Conventions!}
Be seeing you
Posted by David Stimpson at 07:16