Having escaped The Village by homemade boat, Number 6 and Number 8 were sailing along the coast towards Poland. Then just as Nadia points out the cave in the cliffs {I’ve never been able to see it} she points out something else. Something quite deadly was skimming across the waves towards them, the form of the membranic Guardian.
“Look!”

“Swim for it, now swim for it!” Number 6 ordered.
So both leapt overboard into the Sea. 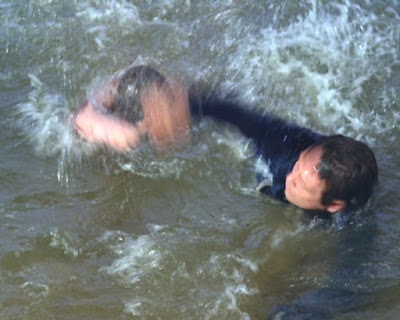 This is obviously Patrick McGoohan. 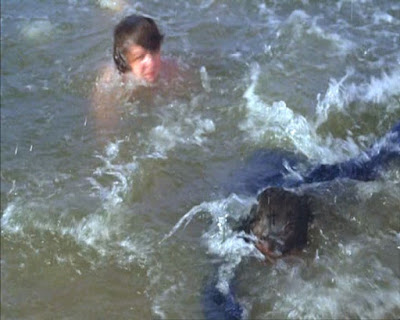 But who is that? It’s not Nadia Gray, but obviously a double for Nadia.
I thought to see her face when Nadia emerged out of the water onto the shore, but her head is down. Also she seems to have lost her shoes! Yet moments later as she dashes along the sand between the rocks, she is wearing her shoes! 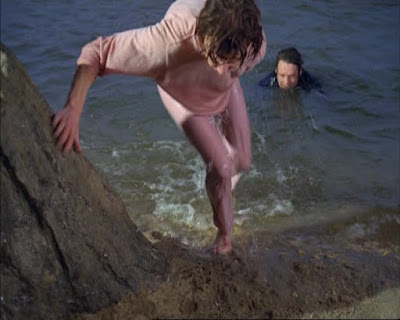 And of course then it’s Nadia Gray dashing between the rocks, although she’s not as wet as her counterpart just out of the water. 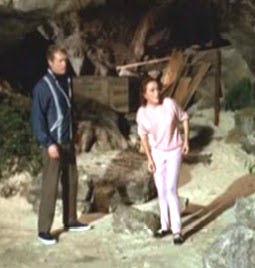