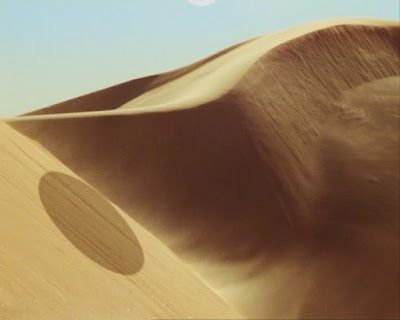 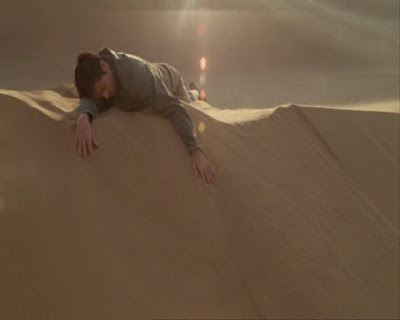 
Six didn’t recognise 16 as his brother, because his bother was lost at sea on one of their trips to the beach when they were boys. 16 is not Six’s brother. Two gives Six his brother back, and a family. Family is important to Two, its just a pity that Two’s own family is so disjointed!


Two recommends Six undergo some therapy, The Talking Cure. Unless Six is afraid that Two will mess with his mind, or that Six will discover that he is the problem after all!
Six spends time with 16 and his family, discovers that he’s a bus driver, learns that he does like pork after all. He also learns about Wonkers, the television serialisation of the book Wonkers, about life in The Village. One of his “nieces” explains the current storyline Six……….okay, so, 765 is in love with 23-30, but 23-56 is pregnant to 46-5, and 9-13 had an affair with 23-30. So 765 is jealous of 23-30, and so she, like, took her revenge by sleeping with 46-5. While on the television screen……………


In Palais 2, Two’s residence,11-12 sits on his mother’s bed as she sleeps on, dreaming The Village, and then spies on Two as he feeds his wife, M2, three more pills. And Six helps 16 with a bicycle repair, before he goes to the Clinic for his first therapy session with the brothers 70. For Six The Village is a dark place, his home is not his home, his brother is not his brother, nothing’s real!