He’s Not Been Idle! 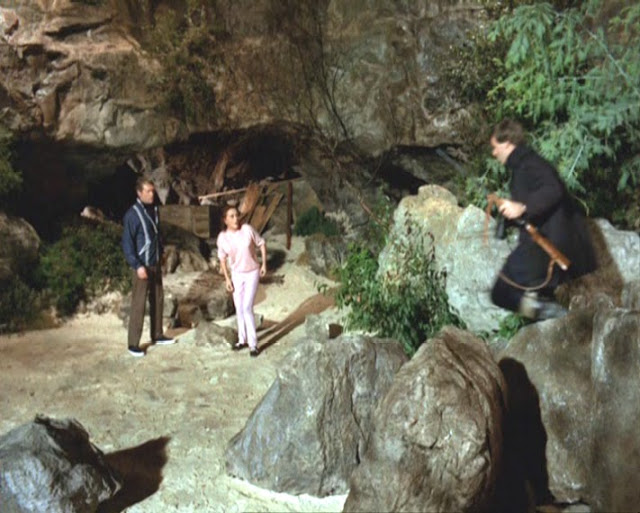 It looks very much as though this Post 5 chap has been kept busy. Apart from keeping a watchful eye open for the arrival of Nadia and Number 6, they’ve also had him building a crate, judging by the planks of wood and the almost completed crate itself seen in the background.

Strange that it never occurred to Number 6 as to how one man on his lonesome, was going to move that crate out of the cave. And where was the transport? It seems reasonable that Number 6 thought that the man would have help from the fishermen from the village Maniewo. But then that was the man’s problem, just as long as the journey tallied with the twelve hour journey. Post 5 did get help from a Village, The Village, and before long Number 6 and Nadia were on their journey, back to The Village, probably aboard the M. S. Polotska.
This seems parallel to what Number 6 told Nadia when she asked him about getting a car in The Village.
“Can you get a car here?”
“Taxi’s, local service only.”
“Where will they take you?”
“Anywhere you like as long as you arrive back here in the end.”
Number 6 and Nadia started out from The Village, but ended up back in The Village in the end!