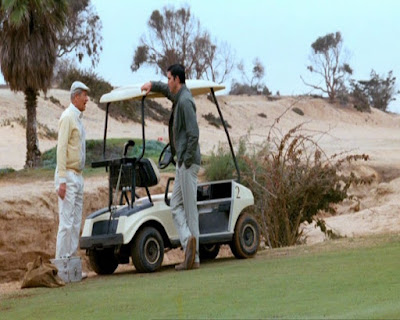 Six is recruited by Two to work as an Undercover, to work with 909 who is Two’s best undercover, he thought Six would have noticed that! Would Six really work for Two? Oh no, no, no, not for him, but for the people he would be watching. Six pronounces so loudly his opposition to Two, his disbelief of everything Two and The Village stands for, people might trust him. Two already has his suspects, and he knows that Six wants to meet with dreamers. So Two offers Six the apparatus and expertise of their highly trained and well financed undercover operations to do just that.
Six “Why would you give me all that, if it wasn’t a trap?”
Two “My dear Six, it is a trap. You have such a high opinion of yourself. I wondered if you would be clever enough to turn this opportunity to your own advantage. Still….”
“Everything you say is a trap. Alright lets do it.”
Cue opening credits………………..