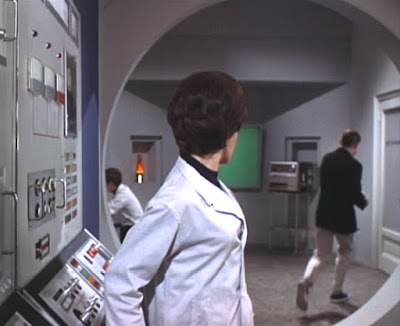 What do you do with a computer which has blown a few circuits, as with the General? 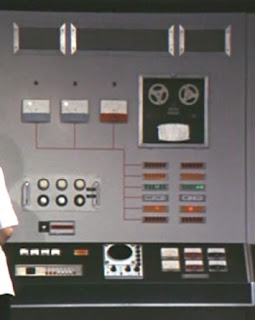 You salvage what components you can, and then those components can be incorporated in another computer. Then you relegate it to the cipher room as seen in ‘Hammer Into Anvil’ and ‘It’s Your Funeral.’
More than that, they saved the machine into which the Professor’s lectures were fed and transferred onto a metal strip, which in turn is fed into the General. This machine can be seen set on a stand in the background as Number 2 stumbles over the base of the arch in the top picture. On the other hand in this case the machine is just what it appears to be, a plain and simple Xerox photocopier!