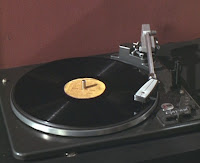 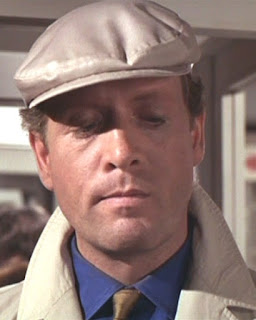 “Hello Drake.”
“What did you call me?”
“Drake, John Drake of British Military Intelligence.”
“How do you work that out?”
“Well you certainly look like Drake, and dress like him in that raincoat and cloth cap.”
“Well I’m not.”
“You’re not Drake?”
“No.”
“I say you’re not Briggs are you?”
“Briggs?”
“Dan Briggs of IMF.”
“IMF?”
“The Mission Impossible Force.”
“Never heard of it!”
“Oh it’s terrific. Briggs is head of a team who tackle Impossible Missions. He selects his team from a number of photographs, people who are part of the Impossible Mission Force. Each of the team members brings a different skill needed to see the success of each mission.
“Really.”
“Briggs as head of the IMF team gains his instructions from his Chief by long playing records.”
“Like this you mean?”
“Well yes, I suppose so.”
“So what’s the mission?”
“Look I have to call you something. Do you mind if I call you Drake?”
“Call me Mister X!”
“What like that chap in the film ‘Too Many Crooks?”
“If you like. Just tell me the mission?”
“The Mission should you choose to take it……”
“I have a choice?”
“Not really, unless you’ve gone freelance!”
“Just get on with it.”
“Find and destroy Professor Shnipps rocket. There’s very little help I can give you I’m afraid, the opposition has been one step ahead of us all along.”
“Thanks very much.”
“What was that?”
“Nothing.”
“Take over where the Colonel left off, standard disguise.”
“I take it that this record will self-destruct in five seconds!”
“God I hope not, it’s got to be accounted for as a piece of official equipment. Cut backs in the Department you know.”
“And Potter?”
“He’s out in the cold!”
“And me?”
“Looks like you’re on your own….on your own….on your own….damn the record’s stuck, the record’s stuck!”