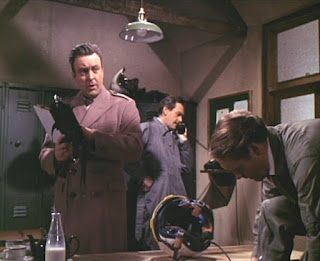 In The Kitting Out Room The Colonel, the RAF Group Captain, and Number 6 make final preperations in the Kitting out room for the long flight to RAF Gibraltar, while outside a milk float having arrived at the aerodrome, is driven to the Kitting Out Room and stops outside, then the milkman gets out to sort through his milk crates. Just a minute, there’s something not right here! 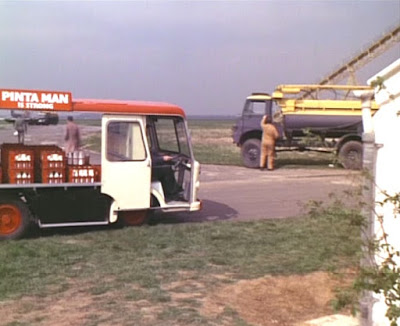 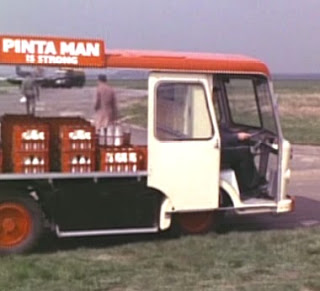 That’s Number 6 walking towards the Gloster Meteor jet aircraft, with the Colonel following behind! So how can they still be in the Kitting Out Room? This is either another case of doubles in ‘the Prisoner,’ in which case Number 6 and the Colonel might well meet themselves as they leave the Kitting Out Room. Or perhaps the scene, having become caught up in a twist in the time continuum, is about to play itself out again. On the other hand there could be a more mundane explanation, that there’s been another cock-up in the film editing suite!