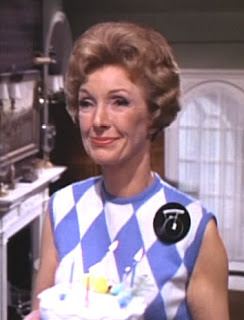 In an email a good friend of mine had a spark of imagination, this not to be taken seriously, but he pointed out the similarity between Mrs. Butterworth’s dress and the flag for Bavaria! 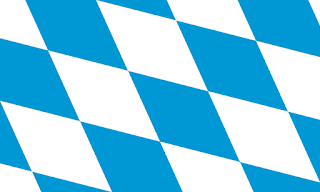 This made me think of other flags which fly in The Village, such as the flag for Wales which can be seen flying from the top of a flag pole on the Belvedere Outlook in some aerial shots of the cliffs. And the Penny Farthing flag which flies outside the Recreation Hall during ‘The Chimes of Big Ben.’ And then I thought about these red and white sleeves sometimes seen on two columns of the Gloriette seen here in ‘Free For All,' Many Happy Returns,' 'Dance of The Dead, 'It's Your Funeral,' and 'A Change of Mind.' 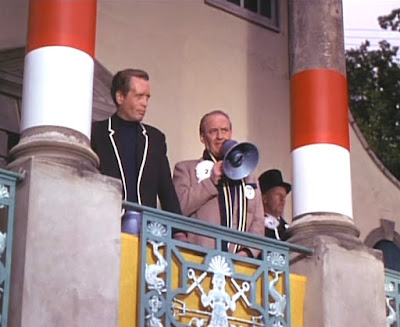 And then there’s the red and white colours of the flag of the Republic Indonesia which is called “Sang Saka Merah Putih.” Merah-Poetih simply means Red-White. The official name however is Sang Saka, Lofty Bioclolor. 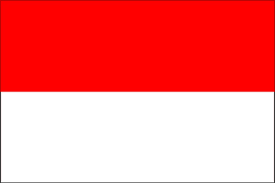 Red representing the human blood, standing for the corporeal or concrete, white represents the spiritual. Together they are a pair, like life on earth: day and night; man and wife, creation and individual. Traditionally almost all Indonesia since long ago has used red and white as their sacred colours, resembling the colour of sugar {red in colour because the sugar comes from palm sugar,} “gula {sugar} aren {palm-sugar} and rice {white in colour}.” Both rice and sugar are the major ingredients of daily Indonesian cuisine cooking.
On the other hand there is the legend that the origin of the Indonesian flag, and the reason for the red and white was simplicity in both message and production. To symbolize the throwing out of the Dutch. The Indonesian independence movement tore apart the Dutch flags, tearing the red and white from the blue portion. Red could be understood as the blood of common humanity, or as the blood shed in the war of independence. And white being understood as purity, or as the colour of sugar which Indonesians toiled for.
How’s that for spot of Speedlearn education?! Of course it’s quite on the cards that the pair of sleeves have nothing to do with flags whatsoever. They might simply be for decoration, but why bother to decorate two perfectly good columns, as well as string up that length of cloth there between the columns? The reason for both really eludes me, that length of cloth seems to me to be superfluous! Even after 50 years there’s still much to muse about within The Village of ‘the Prisoner.’