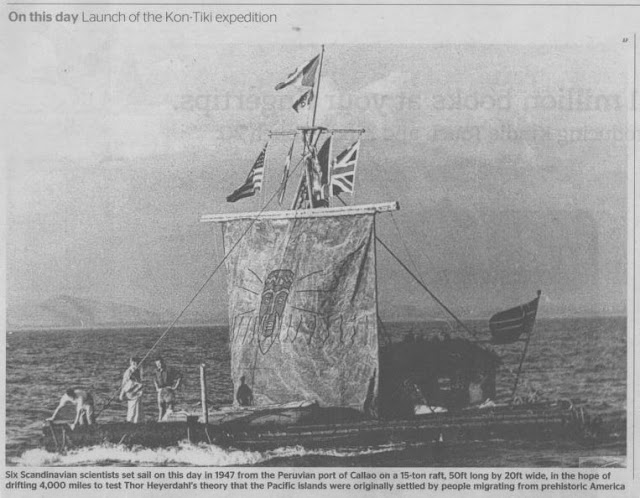 The sea-going raft constructed by Number 6 in 'Many happy Returns,' was described as being a Kon-Tiki type raft. The one above having set sail with six Scandinavian scientists aboard in 1947. Weighing 15-tons with a length of 50ft and 20ft width, compete with a cabin. She is much larger than that constructed by Number 6, yet I can see a similarity between the two. 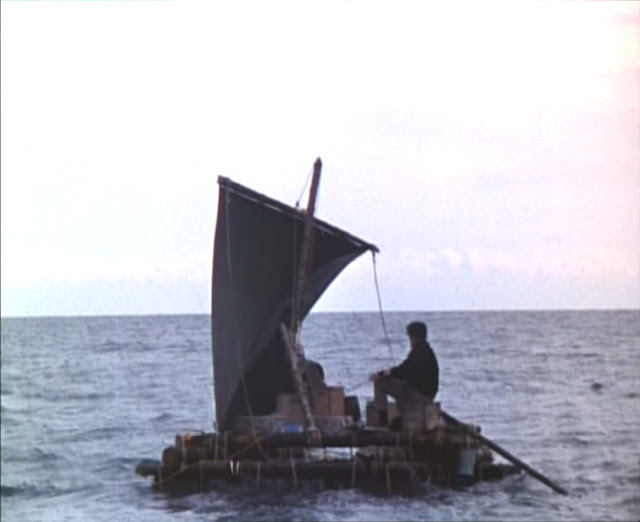 Looking at Number6's Kon-Tiki type raft, he certainly could have done with some form of shelter.
Be seeing you
Posted by David Stimpson at 08:34