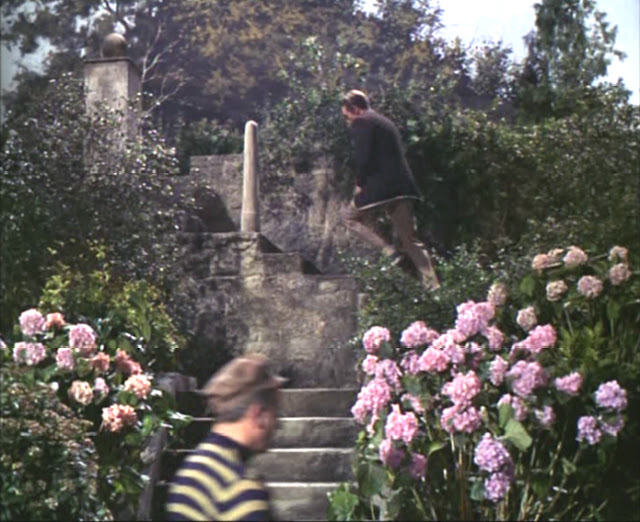 Number Six having been discharged from hospital is given a free taxi ride home. But back in the Village, Number Six suddenly pulls on the taxis' handbrake, bringing the vehicle to a sudden stop. He leaps out, much to the surprise of the taxi driver, and runs up the stone steps on his way to confront Number two. There is just one problem, there's no Green Dome!
This scene was not shot at Portmeirion, and is a film set at MGM Studios at Elstree, but you would have thought that the set would have included part of the wall and portico of the Green Dome!

Be seeing you
Posted by David Stimpson at 08:12