Its Means What It Is! 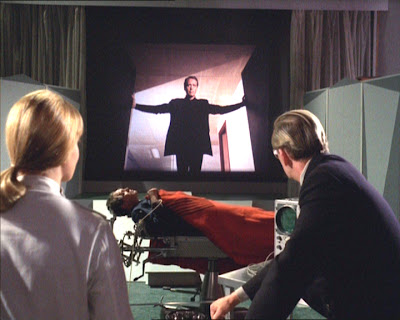 In his mind, and upon the screen, Number Six plays out the act of handing in his resignation. The doctor-Number Fourteen describes this as an anguish pattern. Certainly it is an act which plays much on the mind of the Prisoner, has caused him deep torment, heartache, and certainly distress, as well as a certain amount of grief. But what was it that caused the Prisoner to resign? Something must have happened to make him hand in his resignation. We know that the Prisoner told Number Two that he resigned because too many people know too much, in effect for peace of mind, well that hasn't worked has it? The Prisoner may have agonised over something, whatever it was, and because of that he resigned his job, but has had little "peace of mind" because of it.