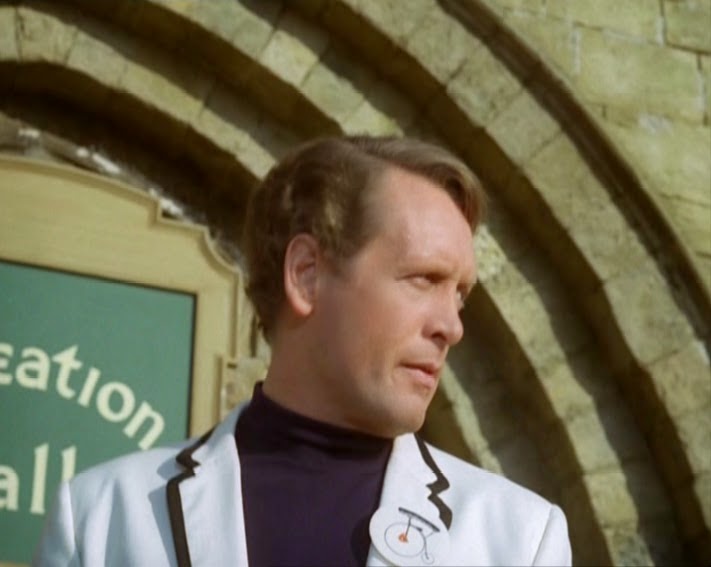 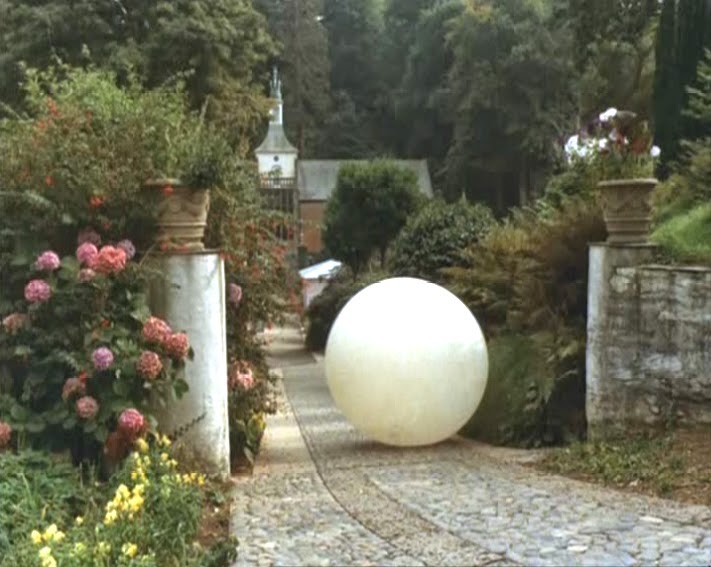 The Schzoid Man - when Curtis stands on the steps of the Recreation Hall after knocking No.6 to the ground, No.6 looks to his left and sees the approaching Village Guardian. The way the shot on the right is cut-in to the film, it makes it appear that the Recreation Hall is next to No.6's cottage! It is just a pity that they didn't have any metreological weather balloons when filming on a back-lot at MGM film studios at Elstree. Then there would not have been the need to cut-in shots like Rover here, hence improving the continuity of the episode.