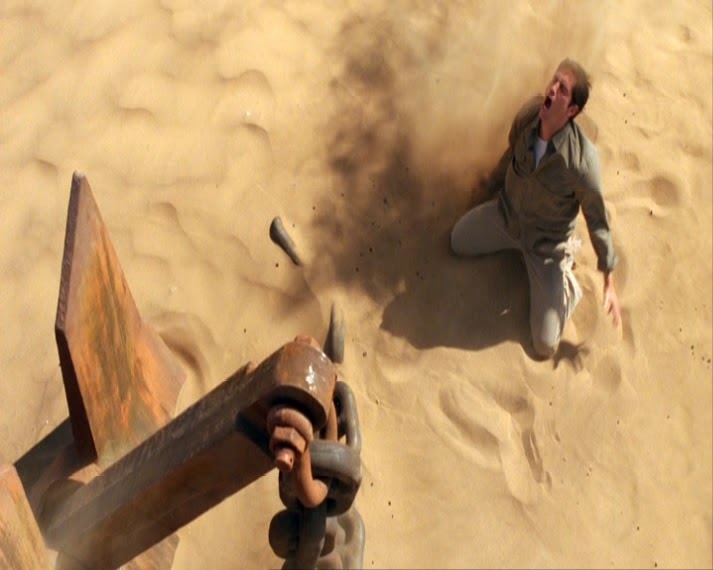 Six is a soul in torment, it's almost as though that ship's anchor, which for Six represents escape, is taunting him. Well a ship needs and anchor, and there there's a ship there is an ocean, and that is Six's logic. He found the ocean, his brother drowned in the ocean, and yet the ocean didn't exist, only a sea of sand stretching for miles upon miles in every direction. For Six there is no escape, because there is nothing to escape from! It would seem that Six is the problem, and to fix that, Two must find the Six inside! The Prisoner is not a number......he's Six!


Village is best for us!
Posted by David Stimpson at 08:21