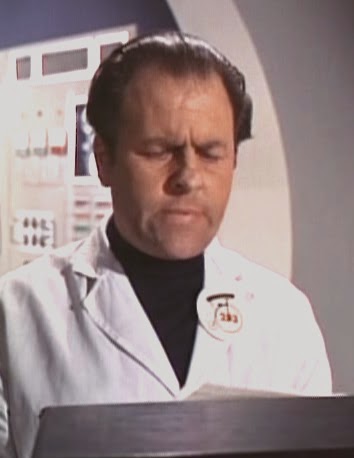 This is No.243 a laboratory assistant, who in 'Hammer Into Anvil' was given a number of apparently blank sheets of paper by No.2 in order to test whatever it is written on them, words, figures. 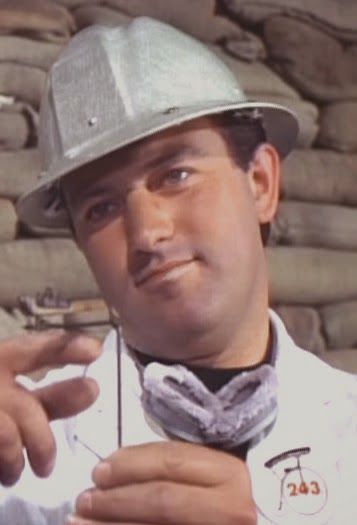 This is also No.243, he's in bomb disposal. Just a minute, there can't be two 243's in the same episode! Ah I have it! Perhaps the first 243 the laboratory technician, was removed because of his attitude towards No.2 over those blank sheets of paper, hence there being this new No.243 in bomb disposal. I shouldn't think that 243 would be very busy in the bomb disposal unit, well how many bomb threats can there be in the Village? No.2 of 'Dance of the Dead' did say to No.40 that she would warn him the moment they learn No.6 is going to put a bomb in his lovely hospital. Oh yes, and the bomb used in the assassination/execution of a retiring No.2, hardly enough to warrent a bomb disposal unit I'd have thought. But I suppose he gets paid well enough, it's not how much he does, but the danger the job entails.