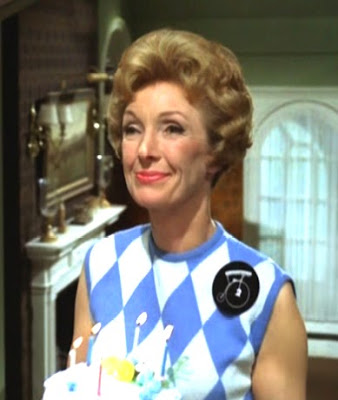 This Number 2 is the odd one out, and for more reasons than one. Firstly Mrs. Butterworth is the only Number 2 to have been known by her name. It might be a false name, but nevertheless it’s a name. Secondly she is the only Number 2 to be seen wearing her own clothes. Thirdly she is the only Number 2 to wear the negative badge, meaning a white Penny Farthing on a black background, rather than a positive one being a black Penny Farthing on a white background. Both types of badges do have one thing in common, they both have a red number. However, this Number 2 is the only citizen in The Village to wear a badge with a white number which makes it utterly unique. And that begs the question, why the white number, instead of red? A question which remains unresolved to this day!