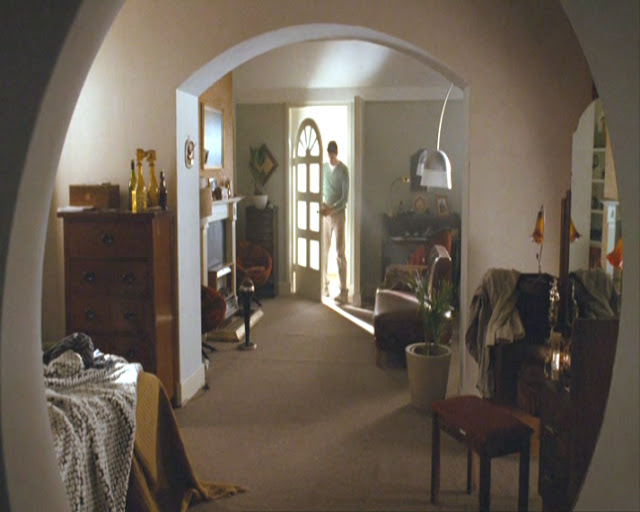 There is something familiar about 93's cottage, oh not from the outside, but the interior. I suppose it's the front door, the fire place, and the over hanging lamp that makes it suggestive of the former No.6's cottage. And that arch, so singular to No.6's cottage. Not to mention the two lava lamps. Yes, they are modern day lava lamps, but can you name another building that has such lamps in it's rooms?
The interior of 93's cottage is not a direct remake of the of 6 Priavte in the original series, but is suggestive enough to plant the idea in the mind that we are looking at the interior of the former No.6's cottage!