After an enforced two week break, tonight the Prisoner meets with a very dangerous femme fatale, in an episode that takes the Prisoner out of himself, and give the viewer a break from what has gone before, and light relief for that which is yet to come.
This episode is fun, almost 'Danger Man' or 'Avengers' like in it's style, with a touch of Mission Impossible' thrown into the mix.
The girl is a born killer, Mister X a born survivor, and Professor Schnipps as mad as, well as mad as Napoleon Bonaparte. But Napoleon Bonaparte wasn't mad was he? This episode puts me in mind of a James Bond novel and I have written about that before, Ian Flemings 'Moonraker.'
Poor old Potter, sent out into the field as a shoeshine boy. I never could understand how a man could get muddy shoes walking down a high street! If only he'd kept his eye more on the game, instead of the girls legs! Colonel Hawke-Englishe blown to bits at the wicket, the awful thing he was one run short of his century! 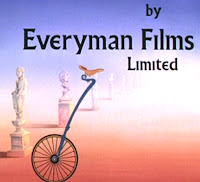 Now in this episode they've taken away the Prisoner's car, and given him a Lotus Elan, the car Patrick McGoohan refused as the car for 'the Prisoner.' And I think McGoohan was right. the Lotus Elan suited Mrs Emma Peel, but somehow not the Prisoner.'
And the clown? Well I'm sure that's symbolic of something, but I've never been able to put my finger on it. Surrealism? Yes there is that, because who was it who turned the wall screen on again after No.2 had switched it off?!