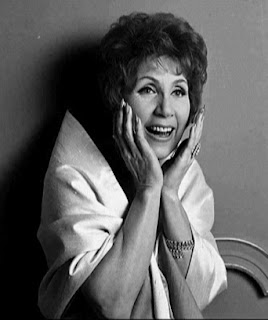 Fans of 'the Prisoner' will be sad to learn that Katherine Kath nee Lily Faess, who was born Berck Plage Picardy, sadly passed away on the 12th of November 2012 aged 92.
Lily was a very ambitious child, and worked very hard, and supported by her family became the top ballet dancer in her class. She achieved stage recognition very quickly. And become a Prima Ballerina at the Theatre du Chatelet in Paris. However, due to an ankle injury, and on medical advice, she was forced to give up ballet to avoid any permanent damage.
Katherine Kath moved into acting, and in the theatre she created a brief sketch role of "Irma Le Douce" at the Caberet ‘’Chez Gilles’’ in Paris.
Katherine had great success in the late 1940's into the 1950's with a string of plays written by the highly acclaimed French writer Jean Anouilh.
Katherine's films and television work range from Moulin Rouge - Le Dortoir Des Genades- A Touch of The Sun - These Dangerous Years - The Man Who Wouldn't Talk - Fury At Smugglers Bay - Mary Queen of Scots - The Prisoner.
Katherine Kath retired in 1987.
My sincerest condolences to her family, friends and all who knew her.

BCNU
Posted by David Stimpson at 08:51