Six And Twelve The Schizoid Men! 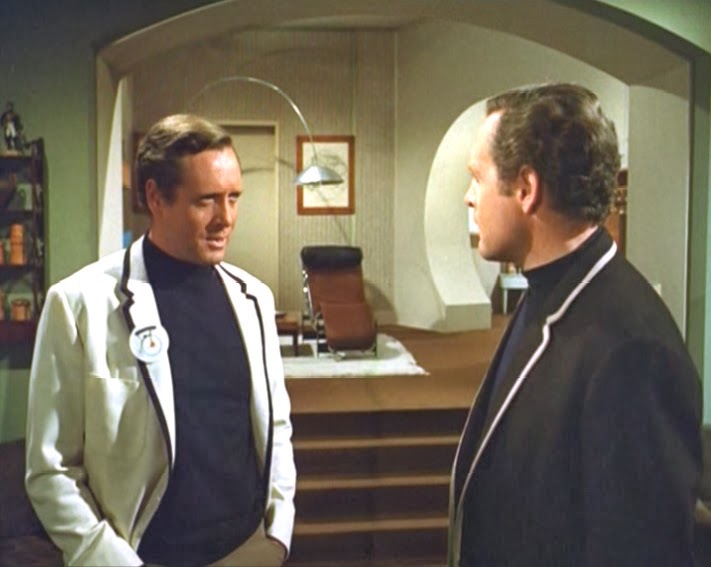 "So you're supposed to be me are you?"
"I could say the same about you."
"But something isn't quite right is it?"
"You've got that right. For one thing I never wear my badge, and for another I never go about wearing a cream blazer like that!"
"Until now! But you're right about the badge though, but myself, I like it."
"That doesn't sound like me at all, in any case the badge is on the wrong lapel, it should be on the left lapel."
"Yes, that's what I was going to say, that there's something not quite right here."
"What do you mean?"
"Well shouldn't I be standing where you are, and shouldn't you be over here?"
"I don't know...just a minute, this cottage is the wrong way round!"
"How do you mean?"
"Well the bedroom over there on the right, should be over there on the left!"
"You're right."
"Looks like Number 2 is playing us both for fools!"
"I wonder......"
"Do you, I don't, but I wish you'd go and do it somewhere else!"
"I wonder if we're in that "other" place?"
"What other place might that be?"
"Another Village?"
"Another Village, that's all I need!"
"I think we've somehow stumbled into another Village, an opposite Village to the one we know."
"How do you make that out?"
"Well the interior of this cottage is all the other way round, like us."
"Like us?"
"Yes, I'm the negative and you're the positive, or the other way around."
"So you're suggesting that we've left the positive Village, and now were in your negative Village."
"It's a possibility."
"Well I don't believe it. I won't go for it, whatever it is, so you might as well stop trying!"
"It's not so bad really!"
"How do you work that out?"
"Positive or negative, you and I remain exactly the same."
"I never realised that I have a freckle on the right-hand side of my nose."
"Then I suggest you take a better look in the mirror!"
"Yes, that's it, we're living in a mirrored Village!"

"You mean we're a reflection of our other selves?"
"Well yes, but more than that, we're living in a mirror world!"
"I'm not having this! I'm going to see Number Two."
"No that way, the doors over there. Everything here is the opposite way around." 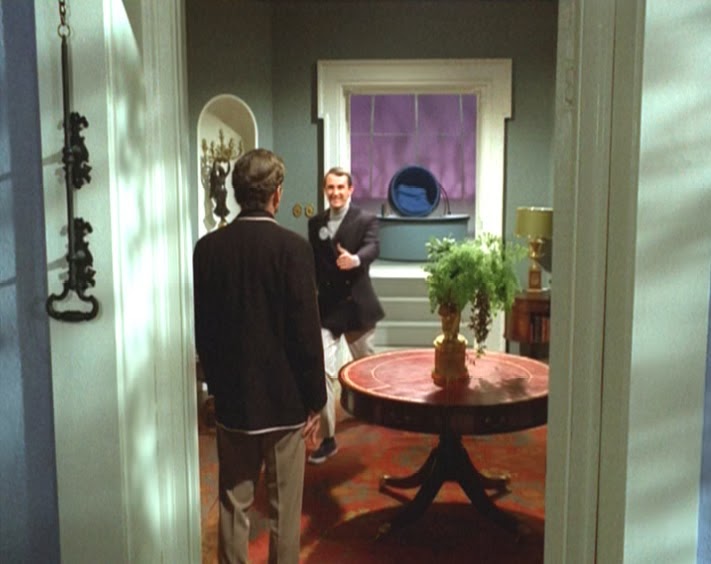 "Number Six....come along in, heard you were having a spot of bother!"
{Looks like he still could be!}