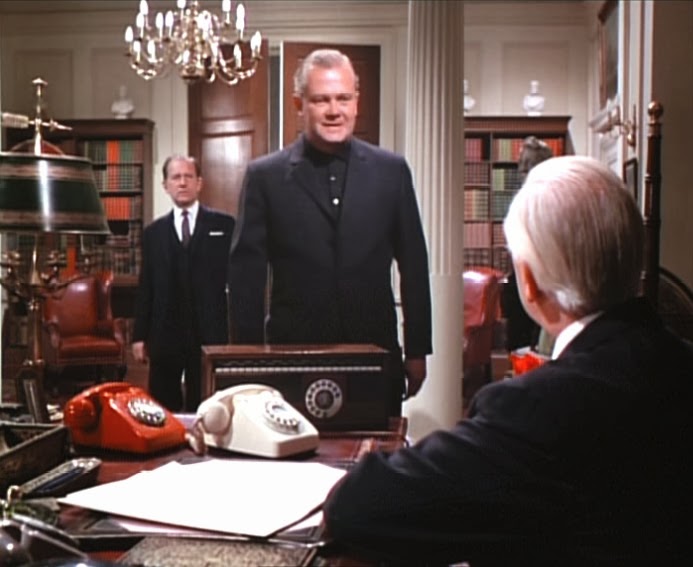 "I am ZM Seventy-three!"
"You claim to be ZM Seventy-three. Perhaps you've not heard, he died in an accident at sea some months ago!"
"Oh! You got that message did you?"
"Yes! So whoever you are, it's not possible for you to be who you claim to be!"
"Ah!........I'm the Colonel!"
"The Colonel, who is the Colonel?"
"I am, I'm the Colonel."
"Why are you dressed like that?"
"I'm impersonating someone."
"Who?"
"ZM Seventy-three."
"But he's dead. Why should you be impersonating a dead man?"
"I really don't know Sir Charles."
"Neither do I. Now clear off and don't come round here upsetting people, and keep away from my daughter.....unless you want to marry her!"

BCNU
Posted by David Stimpson at 08:48