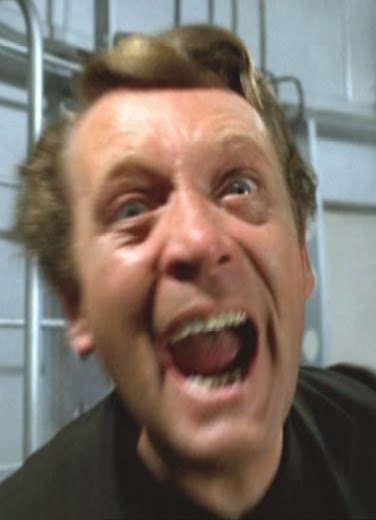 I have written of 'The Schizoid Man' before, but this time is does not concern the episode of the same title, simply the Prisoner himself. There are many symptoms of Schizophrenia and form two categories, possitive and negative. In this I happen to see the two piped blazers as worn by the two Six's in the episode 'The Schizoid Man' as being negative and positive. The dark blazer positive, and the cream blazer as negative. Hallucinations, No.6 does experience hallucinations during 'Living In Harmony,' and I am not so much concerned that the Village is a physical entity, but one created in the subconscious of the mind, that way I can let slip by the fact that the hallucinations were induced by the use of drugs. Delusions, perhaps in the Prisoner's mind he thinks he's Number One. If that were the case, then the Prisoner would be suffering from self-persecution complex as well. The subject may become paranoid, thinking that he may have been poisoned, as in 'The Girl Who Was Death.' He may describe his thoughts, his very words having been placed in his mind by someone else, as in 'A B and C,' when the doctor-No.14 puts words into the patients mind. And there is the possibility that the subject will become socially withdrawn, as No.6 was in 'A Change of Mind. And finally, the schizoprenic patient may become agitated and shout for no apparent reason, that would be when the Prisoner and No.1 met! 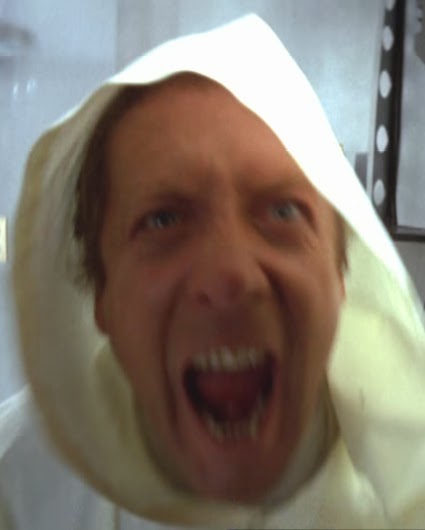 Some of the symptoms of schizophrenia are represented in the dramatisation of 'the Prisoner,' The Schizoid Man, that would be the Prisoner!
Be seeing you
Posted by David Stimpson at 09:13