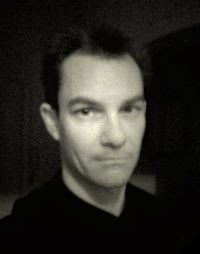 I have received an email from Paul Gosling regarding the progress with the next project concerning a television screenplay which he has written for MAGIC NUMBER 6.

“Just to keep you updated with the MN6 TV project. I am now finalising supporting materials, pitch document, synopsis etc to make my approach to a major UK TV production company in the next couple of weeks. They have shown a real interest in the screenplay as they have previously read other scripts of mine.
My hope is to get a production of the project in time for the 50th anniversary of The Prisoner in 2017.”

I wish Paul every success with his pitch to a major UK TV production company. In my opinion a television programme will be required in 2017 to celebrate the 50th anniversary of ‘the Prisoner,’ and I think there is no better way than through a television production of MAGIC NUMBER 6.

To help Paul succeed I urge readers of this to blog onto the link below, and click ‘like,’ because - Facebook comments, Tweets, Blogs and the like all have a positive impact on the process!

Remember you heard it here first, and I shall keep you further updated with developments as and when they happen.