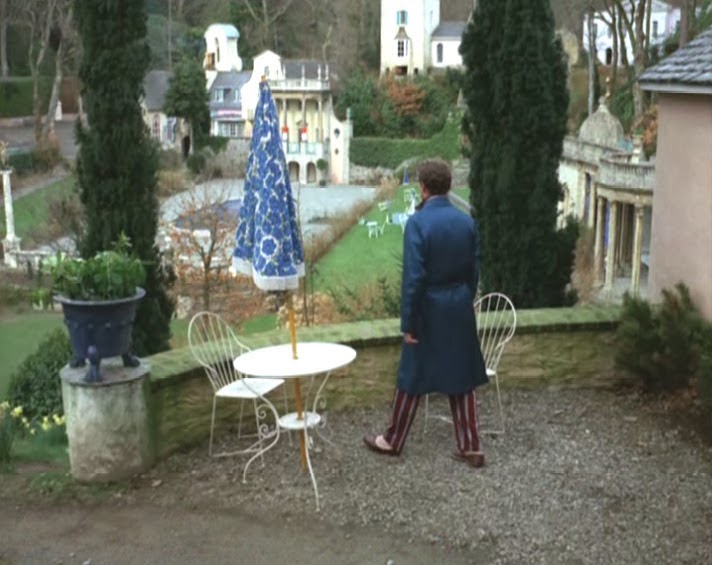 It was approximately today that No.6 woke to find the Village deserted. I say approximately, because it all depends on how long it took for No.6 to build his sea-going raft. It might have only taken a day, it may have taken the best part of two days.
First he made a search of the Village, finding the cafe closed, as well as the Old People's Home, with no-one clambering about the Stoneboat. And finally the Green Dome, where No.2 was not at home! Then with the aid of a conveniently left Mini-Moke, No.6 went looking for a route that would take him well away from the Village, I'm surprised he didn't find one, what with all that open countryside! 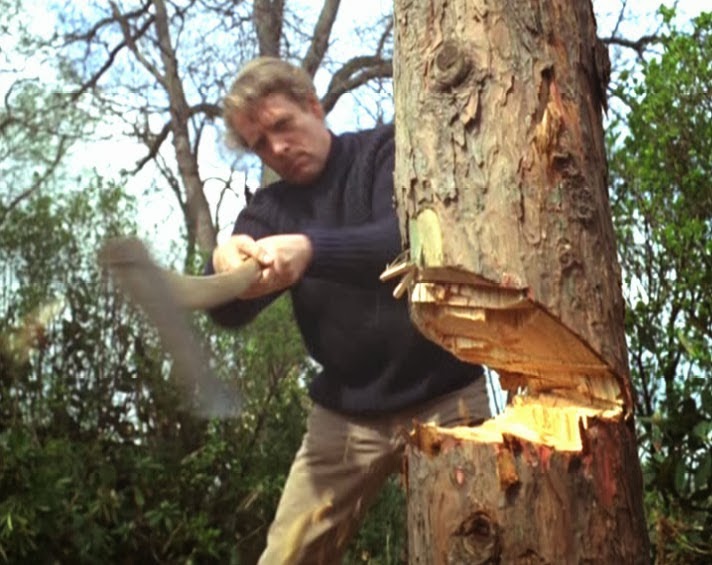 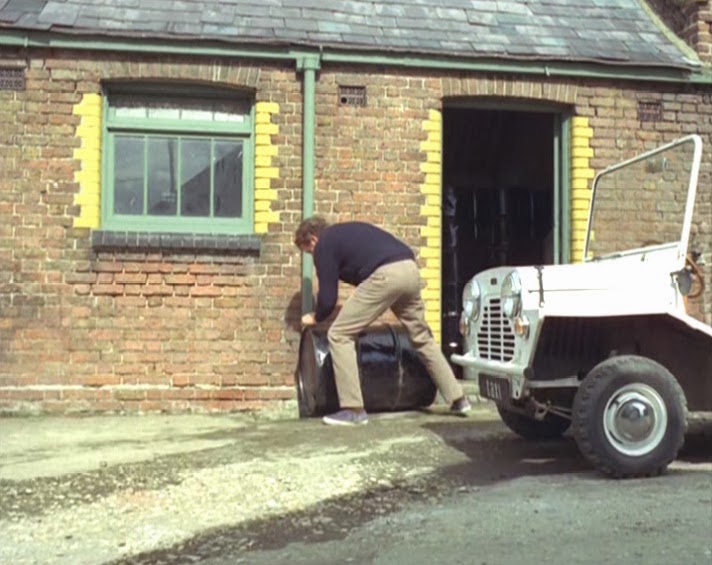 So with the mountains blocking his escape route by land, No.6 set about felling trees, emptying a number of large oil drums. By the way that dosen't look a very environmentally friendly act! 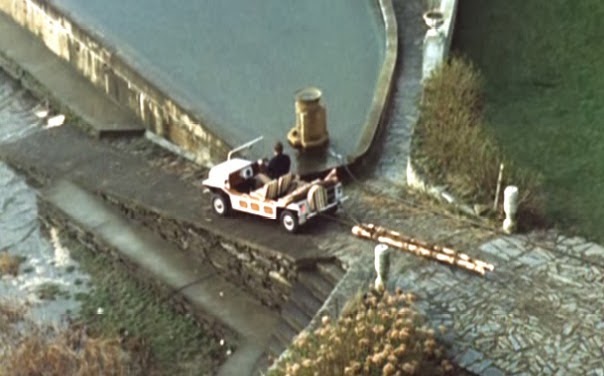 Lucky for No.6 that Mini-Moke had been left with the key in the ignition, otherwise he'd have had no chance hauling those logs out of the woods and down to the slipway by hand! So for that whole of today and perhaps for the best part of tomorrow, No.6 busied himself constructing his sea-going raft. 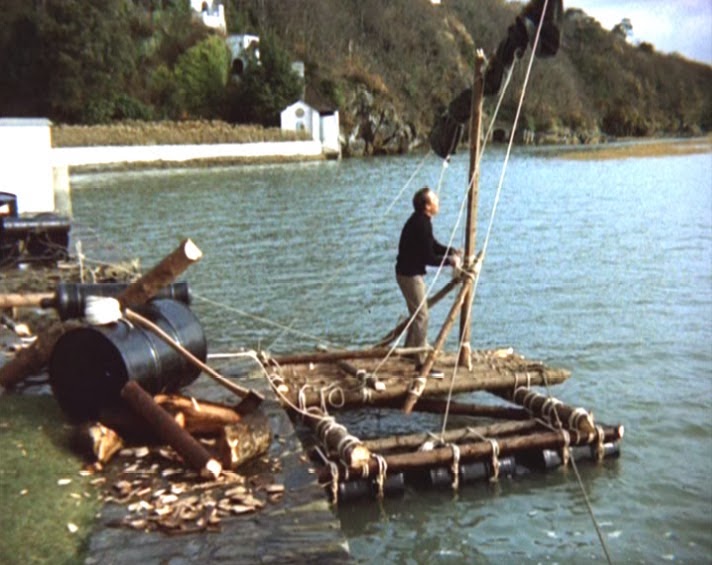 Building that raft is a great deal of work for one man, that's why I like to think that it would have taken No.6 two days in order to see the job done. Not a job to be rushed, as his life would depend upon the sea-worthiness of that raft. Besides making it two days doesn't throw out my calculations. Best leave it for now, and get back to it tomorrow, eh No.6?