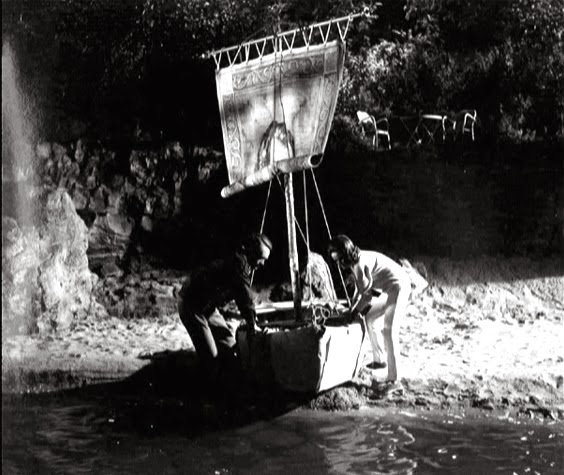 The Prisoner once built his Lotus Seven with his own hands, meaning it was a "kit car," which came in pieces which the Prisoner put together. During 'The Chimes of Big Ben' the Prisoner, with the help of Nadia, once again set about putting another kit together, his boat. To my mind it's more of a Coracle pictured below. 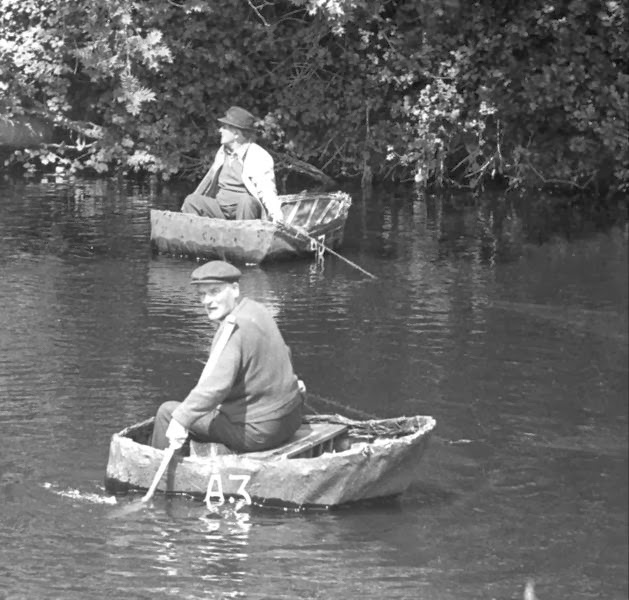 A light wooden framed craft, the outer layer was usually animal hide which was waterproofed by using pitch, or tar, or at a pinch coconut oil could also be used. Each coracle is a unique design, no two are the same. However if the observer looks carefully at the two pictures, one can see a similarity between the coracle in the bottom picture and that of No.6's. Although No.6 had upgraded his coracle by the addition of a mast, sail, and rudder, he did neglect one thing......he didn't waterproof the tarpaulin he used for the outer layer of his coracle! Such a craft, which was very unstable to begin with, without waterproofing, would soon have become waterlogged, much like No.6's wrist watch!