Where Was The Butler When The Lights Went Out? 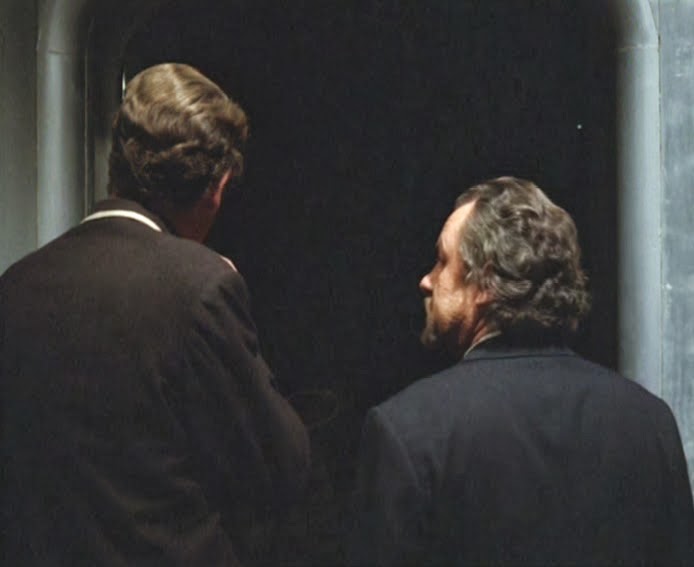 "It's pitch black in there, so where's our little friend? After all he did go ahead of us, and thereby the lights should be switched on!" 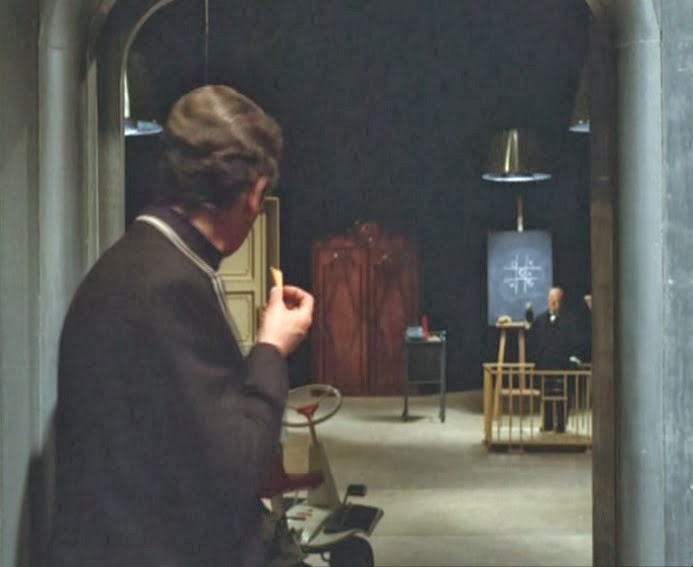 Ah there he is in the child's play pen, playing with a rattle. Is that supposed to be surreal or symbolic? But either way how did the butler get in that play pen, clambering about in the pitch black? Because for sure he couldn't have reached the switch to turn the lights on, that's why he's was in the dark. And even if the butler had switched the lights on, who switched them off?