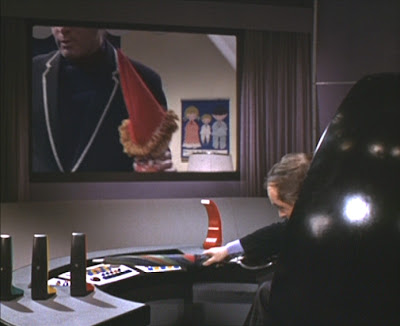 I had thought that only two Number 2's had been forced to use that ridiculously over large, red curved telephone, but not so. Number 2, played by Kenneth Griffith, would also have had to have used it, had there been a scene which required it. 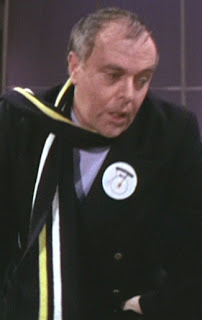 What's more, this Number 2 looks to be a beaten man, he's exasperated by it all. I can only wonder who it was who suggested that Nujmber 6 might give something away by telling three children a fairytale in the first place. Number 2 suggests that Number 6 wouldn't drop his gaurd with his own grandmother! While Number 10 says that it was worth a try. Well it's all well and good for Number 10, but Number 2 will have to pay for this latest failure. And it will not be too long before that oversized red telephone begins to bleep somewhat impatiently.