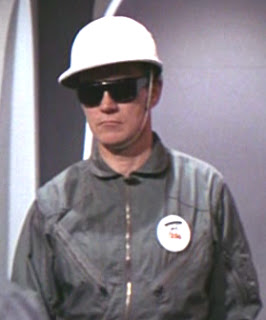 I heard today of the sad death of George Leech from Simon Morris, who had had the privilage of meeting George, who was a stuntman who worked on 'the Prisoner' in the episode 'The General,' pictured left.
George Leech was born in London on December 6th 1921, who died at the age of 90 on June 17th 2012. He was best known for his work on the James Bond films.
His earliest work was for television 'Teddy Gang' {1956}.
Rest in peace George.

BCNU
Posted by David Stimpson at 14:10