Pictorially there are a multitude of pictures to choose from ‘the Prisoner,’ so to select ‘6 of The Best’ might be an almost impossible thing to do. However I gave it a great deal of consideration and arrived at the following. 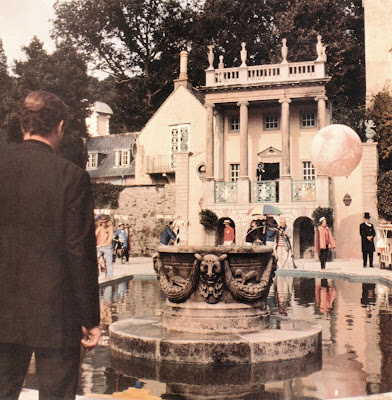 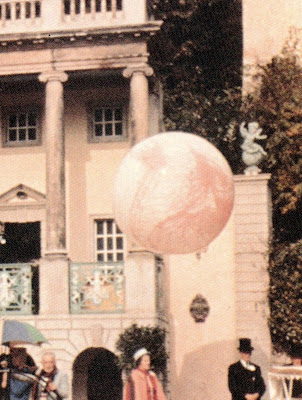 When the Guardian puts in its first appearance.
The Guardian has a pinkish hue.  Originally the idea was to have the Guardian absorb its victims, but that idea was obviously dropped. The two pictures here seem to be suggestive of that. Or are they veins and organs of the Guardian? 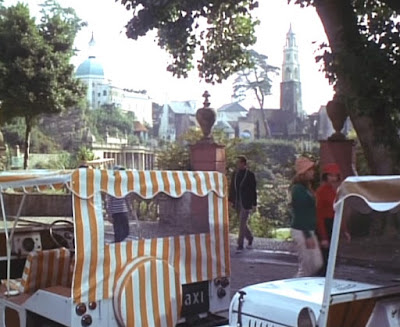 This is my absolute personal favourite. Number 6 is stealing a taxi, it’s the close-up of the two taxis with the Village in the background, for me this is a picture which epitomizes both ‘the Prisoner’ and Portmeirion. 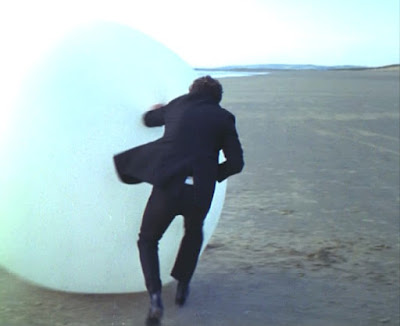 The Prisoner-Number 6 is a dab-hand with his fists, and favours good old fashioned brute force on many an occasion. But using brute force against the Village Guardian doesn't work, because of the Guardian’s balloon like quality it offers no resistance. 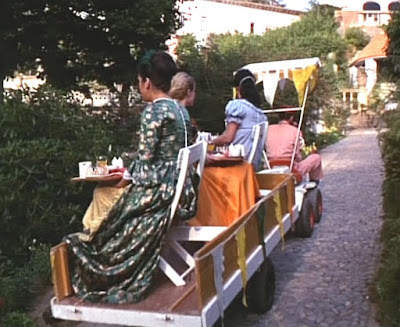 What’s this, meals on wheels? Three house maids, including Number 54 taking three prisoners, including Number 6, their breakfast. It might appear to be a privilege, but it’s a slow mode of transport and by the time the breakfasts are delivered they will be cold! 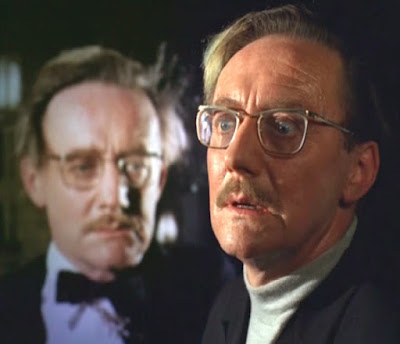 Number 2 cuts a very tragic figure towards the end of ‘A B and C’. He was over confident, he underestimated Number 6 which allowed Number 6 to turn the tables on him, revealing him to be “C”. This leaves Number 2 a broken man. There is a headline of The Tally Ho which asks the question “Is Number 2 Fit for Further Term?” which refers not to his ability, but to the question of his health. The fact that the man suffers from a stomach ulcer. But surely his failure is not all of his doing, the doctor Number 14 must bear some of the blame. But sadly it’s Number 2 who must pay for the failure. What’s more, things can only get much worse for this particular Number 2 when we see him next! 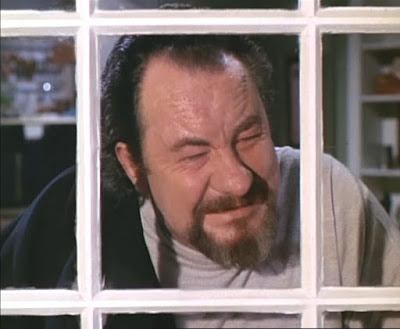 This is Number 2 having spent the entire night reciting nursery rhymes to the slumbering Number 6. He pulls up the blinds and through squinting tired eyes looks out upon The Village. It gives me the impression that this is how it was for him when he had been brought back to The Village for the second time, or indeed for the very first time, having been abducted to The Village as a prisoner!

It was a difficult task such is the vast choice of pictures to select from, but this is my personal choice. Of course it will vary greatly from your choice, those who are reading this.