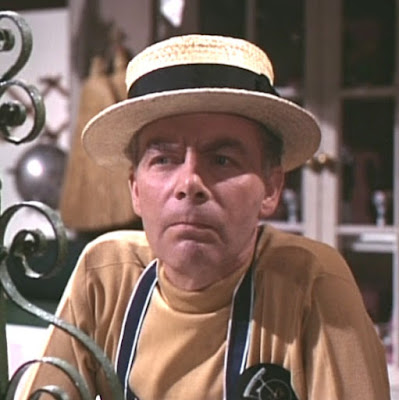 Number 6 must have had a previous experience of the shopkeeper-Number 112, or at least have knowledge that this weasel of an individual is in actual fact a guardian. Who would report Number 6’s unusual activity to Number 2 the moment Number 6 left the General Store, which of course he did, and couldn’t go running off to the Green Dome fast enough!
I suppose the former shopkeeper Number 19 had to be replaced after his activities with Number 6 during the previous episode. And yet Number 2 did tell Number 6 that all the others would be back on the chessboard the next day. Although it has to be said that since Number 112 became shopkeeper of the General Store he has introduced a number of special imports, a variety of records and Cuckoo clocks. He has also made one innovation to the shop, a discreet record booth installed so the customer can listen to a record before buying.