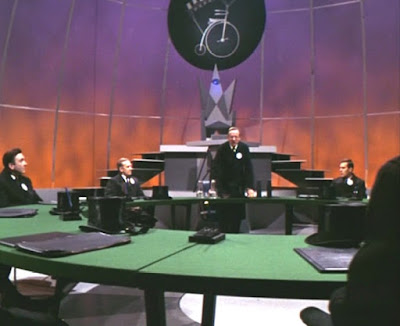 “Gentlemen, I apologize for calling this extraordinary meeting of The Village works committee, but there is the feeling that we are not carrying through the works policy quickly enough. There is of course the question of housing, the fact that it takes time to create a future citizen’s home from home, especially when little or no advanced warning is given. But for the moment I refer to the situation of the drains! I’ll hand you over to Number Twelve of administration to bring you up to date on the situation, Number Twelve.” 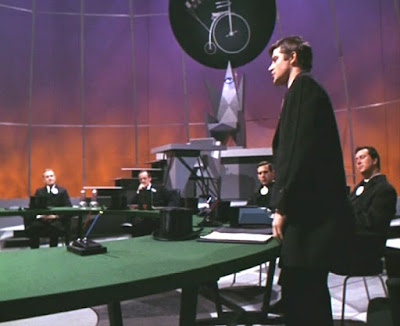 “Thank you Number Two. The situation with the drains is this, they’re simply not adequate! The drain system relies on waste being stored in a huge sceptic tank, this is no longer acceptable. Some of you may remember the great stink of 1963, the last time the tank had to be emptied. We had to bring in two tankers to take the waste away. The fact that Number Thirteen was found trying to escape inside one of the tankers is, I have to report, another matter. This way
dealing with sewage is outmoded and outdated. It is proposed that a new sewage and water treatment plant be constructed as soon as possible, and a new drainage system be laid within The Village, thereby piping the sewage directly to the plant. Also a new recycling plant is being designed in order that The Village can deal with its own waste products, instead of dumping them into our waste fill site. Thereby everything we use can be recycled and used again.”

“Thank you Number Twelve. Gentleman I think you’ll agree that the way we treat our waste at the moment it’s a load old rubbish. We must modernize our procedures. Also it has been agreed that far too much hot air is being created, Number Twelve.”

“It was suggested at the last meeting of the meteorological observer corps, that we are creating too much hot air. So what are we to do about it?”
“Not talk so much!”
“Yes, well that is one point.”
“Have less meetings like this one!”
“Yes we could do that.”
“Then we wouldn’t have to sit here listening to you going on about a load of old rubbish!”

“Well gentlemen I think we are agreed. This meeting is adjourned until six months next Tuesday, that should cut down on the amount of hot air created!”
“Excuse me Number Two.”
“Why, what have you done Number Thirty-one?”
“Nothing, I just wanted to say I personally create little hot air.”
“How so?”
“This is the first time I’ve ever spoken at these meetings!”