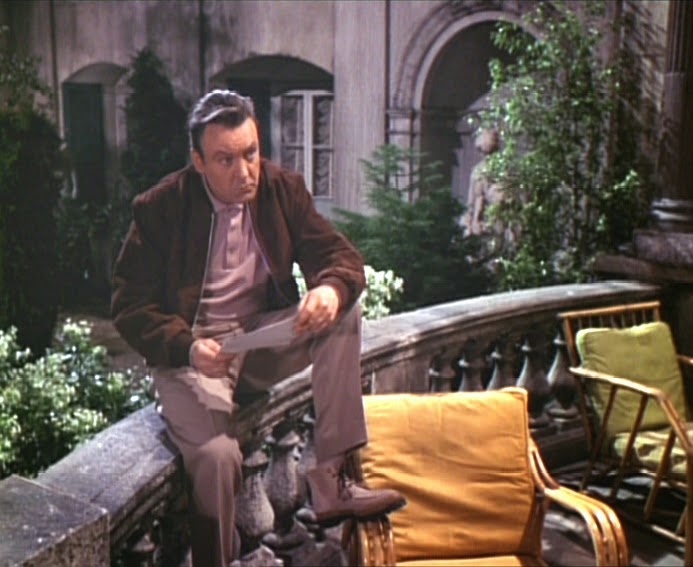 When I saw this scene the idea struck me that The Village is never far away, and that the Prisoner had returned there long before he knew it. What I mean is, the similarity between the garden of the Colonel's country house, to that of Madam Professor's garden where she holds her art seminars. 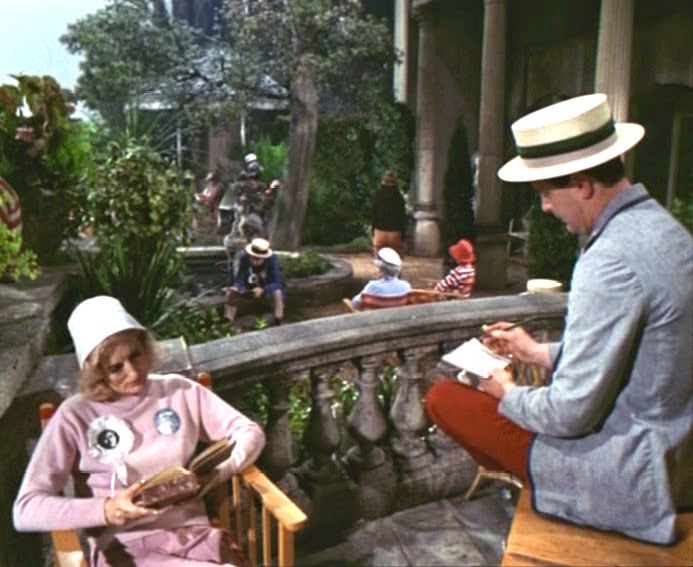 I suppose it was the similarity of the balustrade that struck me the most. But I don't see any columns in the first picture as there are in the second. However I'll tell you what there is, or rather who....there's the man with the stick - Number 14 the chess champion over there by the pond!