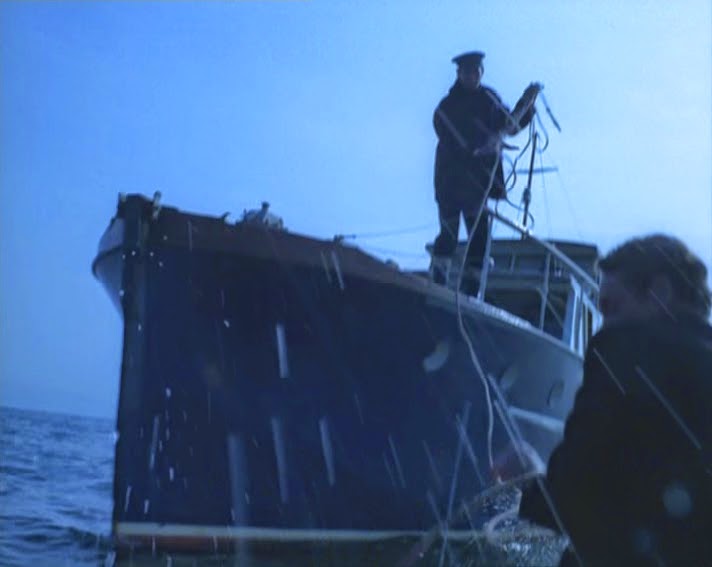 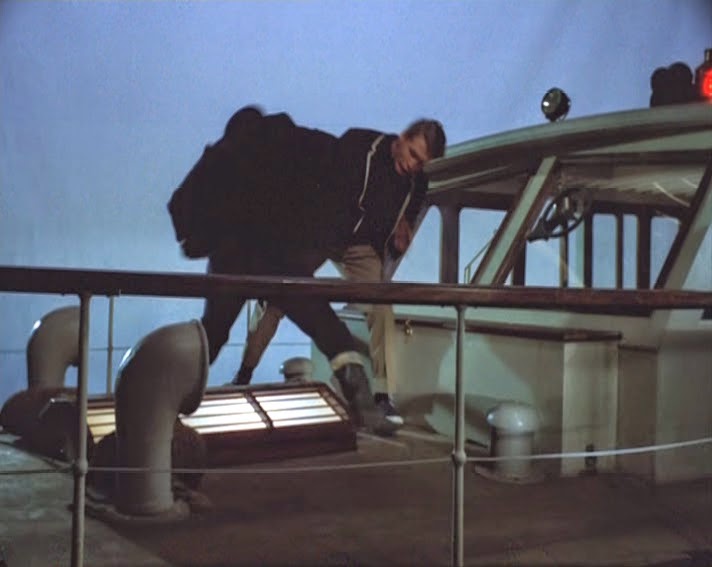 When Number 6 is aboard M. S. Polotska, it must have been like being back aboard the gun runners motor cruiser! He thought he had been rescued by a crew and vessel from his world. Well he'd be right, seeing as The Village is his world, and that M.S. Polotska is The Village's vessel! He asked about the others, Number 2 told them that they'd be back on the chessboard tomorrow as pawns. Number 6 saw the pawn on Number 2's desk via the television. He didn't like the idea of being "back on the chessboard" as a pawn in Number 2's game! So he decided to fight for his freedom, a fight which in some ways replicated the desperate fight against the two gun runners in 'Many Happy Returns.' Only this time the fight scene aboard M. S. Polotska, filmed in front of a blue screen, is far less convincing. Number 6 beats off the two crewmen, and is only undone when he discovers the helm is locked, at which point he could have done with Number 53-the Rook's help seeing as he was an electronics expert. He might have been able to release the lock on the helm!