In the Aversion Therapy Room at the hospital, patients who show antipathy towards something or someone, perhaps arousing hatred, or repugnance, are treated much to their own discomfort. In this particular case Number 58 is being treated for his antipathy towards Number 2. 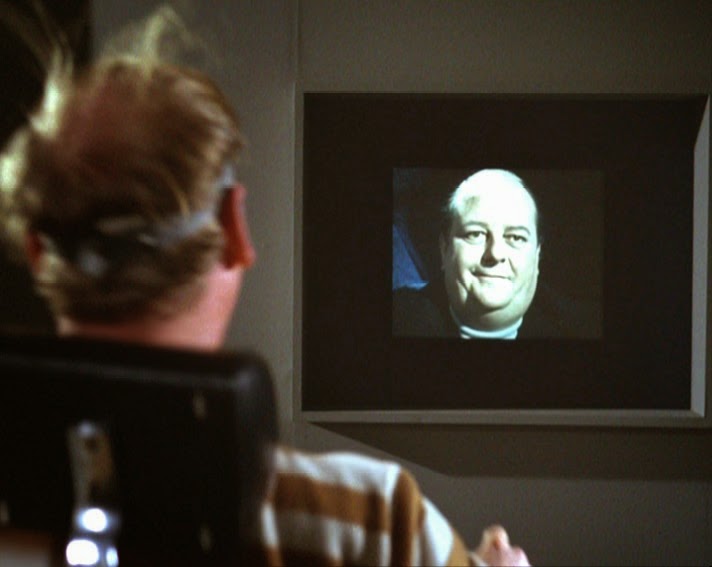 As you can see a patient once placed in the Aversion Therapy Room is sat in front of a small screen and faced with images causing his fear, antipathy or phobia. In this case it is Number 2 himself, although it could easily have been that of the white membranic mass of The Village Guardian and even unmutuallity.
Once faced with this over a course of treatment the patient will be relieved of any fear, antipathy, hatred or phobia they might hold against anything or anyone.
However I should have thought that this was a negative effect upon the citizens of The Village. They should fear this particular Number 2, as he is possibly the most malevolent of all the Number 2's. Pretending to be your friend, but with the danger of being able to do you harm in any way whenever he may choose.
But then again to counter this train of thought, there are those such Number 2s who wish citizens to be happy, settle down, to join in and become part of this our fine community. I suppose it all depends on your point of view, and which Number 2 is enjoying his or her term in office. They wanted Number 6 to settle down and join in, but he was seen to have a future in the village, unlike that poor soul Roland Walter Dutton in ‘Dance of the Dead.’ Or Number 73 forced into committing suicide by Number 2, this by jumping out of a hospital window.
However we must not lose sight of the fact that ‘the Prisoner’ is nothing more than a work of fiction, based on a line of fact. Yet it is fact that has caught up with ‘the Prisoner’ on several fronts over the decades, credit cards, cordless telephones, identity cards, surveillance cameras are just a few examples. But another such example would be the Panic Room on television a few years ago. In this people were placed in a darkened room and placed in front of a small wall screen, similar to that in the above pictures. Once inside, a person is faced with his or her own fears, phobias and whatever they might be averse to. Anything from spiders to wriggling maggots. Heights, confined spaces and the great outdoors, to well, your worst nightmare I should think.
To borrow one of Number 2's sayings "fact is stranger than fiction" and in this case fact has definitely caught up with fiction. But remember another of Number 2's says "There is nothing to fear but fear itself." But is that really the case? After all we are all afraid of something, averse to something else. And as for fear and phobias, there is always "something dark and dangerous" lurking in the dark recesses of our minds. After all in the case of Number 58 he is faced with his worst fear of all, whatever Rover might be symbolic of! 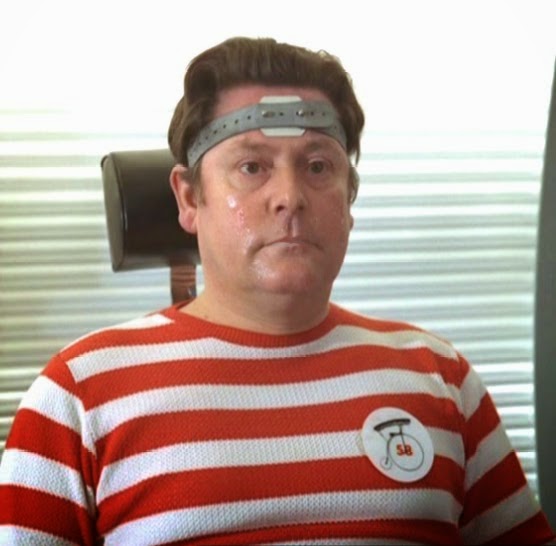 But even then the film has been manipulated!