Although The Village Guardian is a physical entity which is activated by the command of Orange Alert, either by the Supervisor in the Control Room or on occasion by Number 2 in his office. However the Guardian also has a symbolic meaning. Patrick McGoohan once said of The Village Guardian “The balloon represented the greatest fear of all – the unknown. Or the invasion of privacy. Or hidden bureaucracy. Or interviews. Or taxes. Or whatever.” 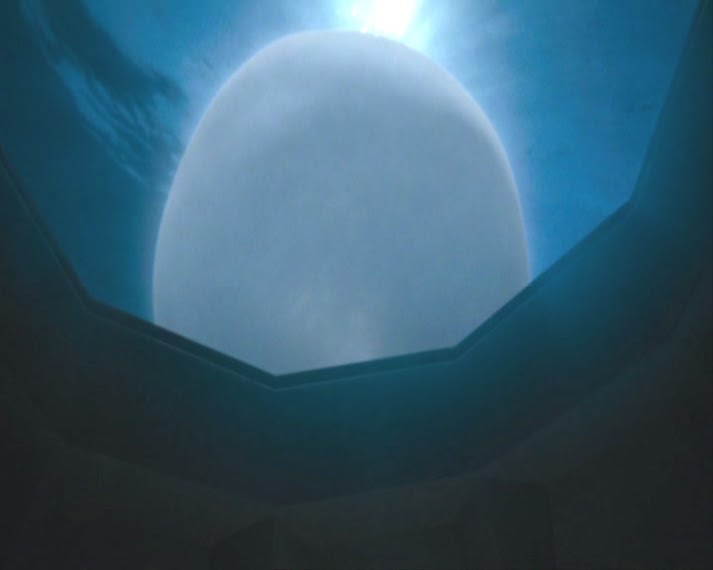 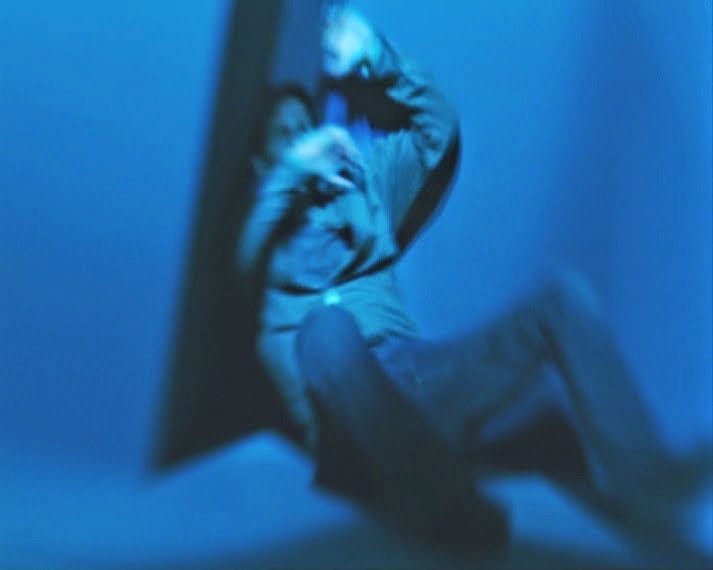 So what is it Six is afraid of? “Look up Six, look at your fear. See what you create with it.” Whatever it is, every time he becomes afraid, when he’s about to escape, or lose something or someone, as in the case of 4-15, Rover appears on the scene. Whatever Six’s fear, he cannot bring himself to face it!
In the original series "Rover" as it was called, and became known as, was the Village Guardian which kept the citizens in line, and was despatched to recapture escaping prisoners. Stopping them by suffocating its victims into unconsciousness or worse. But in THEPRIS6NER Rover is not The Village Guardian. It is not activated at the command "Orange alert." It does not patrol The Village, nor does it keep the citizens of The Village in order, or chase down escaping prisoners as in the case of 93 in the desert. That is a task left to armed Guardians.
In THEPRIS6NER we discover the origin of the Village Guardian, something we never knew in the original series, only by what was said by Patrick McGoohan. It would seem that Rover in this series, is Bill Gallagher's interpretation of Patrick McGoohan’s words. So in this series the interpretation isn’t so far off McGoohan’s meaning after all. In fact its spot on.
With the episode of Darling there is a scene straight from the original series of A B & C, the way in which Six is taken from his apartment at night to a laboratory in the Clinic, where 313 and Two have things done to Six. But in this case it's nothing to do with why Six resigned, but love. 313 injects Six with 4-15's genes, as Two sees that love is "all in the genes." The theory being that we fall in love with those who match our own genes, but Two and 313 have taken this one stage further. And so carrying 4-15's genes inside him, he cannot help but love 4-15, and she him. It's called "Gene Symmetry Therapy." There is doubt, suspicion even, but Six cannot help himself but love 4-15.
And it's strange, but Lucy-4-15, develops a relationship with Six much in the same way as Nadia did with No.6 in the original series, but without the sex, although Nadia might have, had No.6 been willing! More than that, 4-15 is forced to love Six in the same way that No.8 is hypnotised into loving No.6 in the original episode of ‘Checkmate,’ only the methods are different. Lucy is clever and ambitious, whereas 4-15 is the wholesome, un-ambitious side to her character. She has had affection from her father, and probably sees getting the same affection from Six.
313 has a complicated relationship with Six. Because she works for Two, and injects Six, and this is where the contradiction is, she is attracted to Six, and that is why 313 kisses Six at his wedding, so to stop the wedding, and was successful in that. 313 is a go-between Two and Six, so that's what the contradiction is, her attraction to Six, being attracted to what Six has to offer. 313 and Six respond to each other. They both have love, pain, fear. They are quite similar in that way, they are people who respond to each other, and that is where the love lies between them.
As for 147, he is entirely satisfied with his life inside The Village, until a terrible thing happened. His daughter 832 fell into one of the holes which were appearing in The Village, and after that he becomes a broken man. Is this the kind of treatment that is dished out to those like 147 who were brought to The Village to be made better in the first place! Once 147 loses his child, he has lost all his reasons for believing in The Village. After that 147 is on Six's side.
The holes which are a nothing, oblivion, and beyond hope. They are not holes in the ground, they are holes in reality. What are they? Where do they come from? And what do they tell us about The Village? Well if we had not been told, this would be a difficult one to figure out! And that is where the difference lies between the two series, McGoohan would never have explained holes appearing in his Village!
I tend to think that at the end THEPRIS6NER Six gave himself up for the greater good. That 313 agreed only to do what she did until Six could find a "better way," to find a new Two to pass The Village on to. Because at the end of Checkmate, Six has reached the place where Two began.
One can only speculate just how many Twos there have been up to the time of Six becoming the new Two. As for The Village, it appears to be a second chance for people who are Ill, have committed crimes of some kind, a place where people are taken, whether they want to be saved or not, while at the same time are living their lives in New York.....so The Village is in New York, but only in the mind!
Two wants to give Six The Village, it's his way for escape. But what surprised me was, the ease with which Six finally accepted The Village. Each episode is a challenge set for Six by Two, this is much in the same way of the original series, each episode being an ordeal for No.6, to win or lose. In the original series No.2 did not always succeed in his challenge with No.6, and it's the same for Two in THEPRIS6NER. And ultimately Two will fail unless he has a challenge that will completely undermine Six through his own beliefs. Six only wants to do the right thing, and that is what will give Six to Two, and did. Because Six is the One!
Caught on camera, oh look……….the man with the stick! 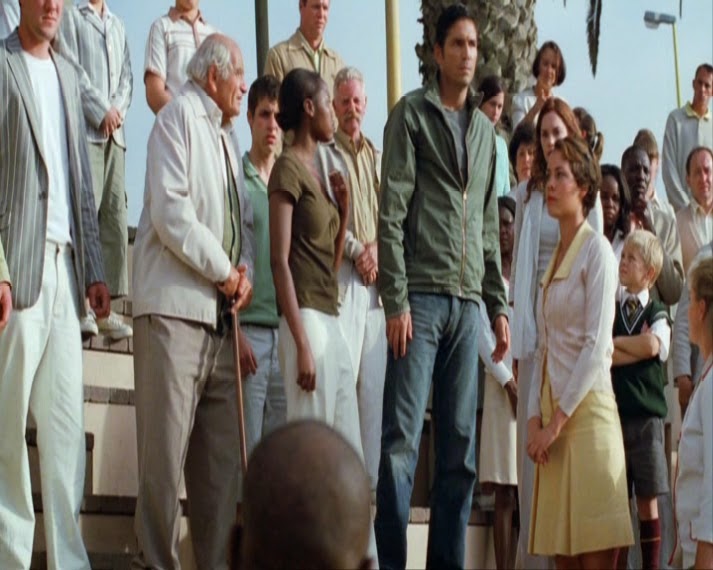 It is, as it is, as it should be
Be seeing you
Posted by David Stimpson at 08:07