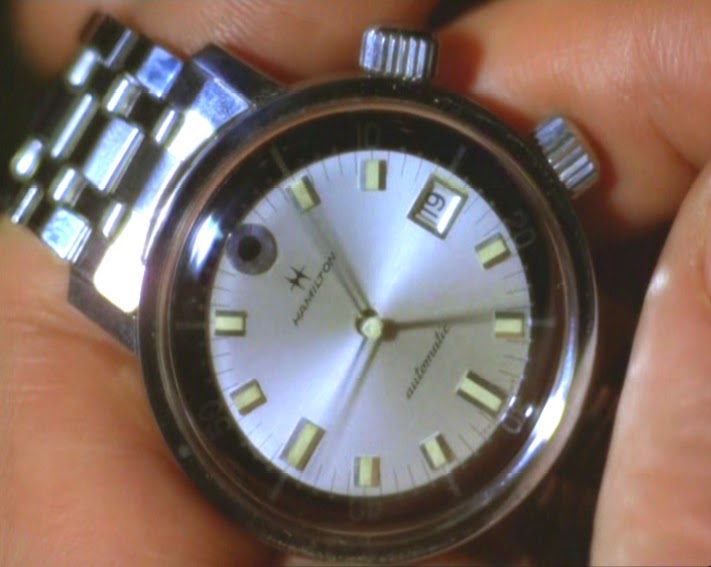 Its a nice touch that the hands of the Electro Pass, which synchronises with the alarm system of the helicopter, actually turns like the rotor blades of the helicopter. The date of the watch is suggestive, that the Prisoner arrived in The Village on the day before his birthday on March 18th, the following day being the 19th when Number 6 attempts to escape by helicopter. And in turn that is suggestive of 'Many Happy Returns,' when the Prisoner having escaped The Village to eventually return to his home in London on March 18th, again the day before the Prisoner's birthday only to be returned to The Village on the 19th! In this regard there seems to be a close relationship between 'Arrival' and 'Many Happy Returns.'