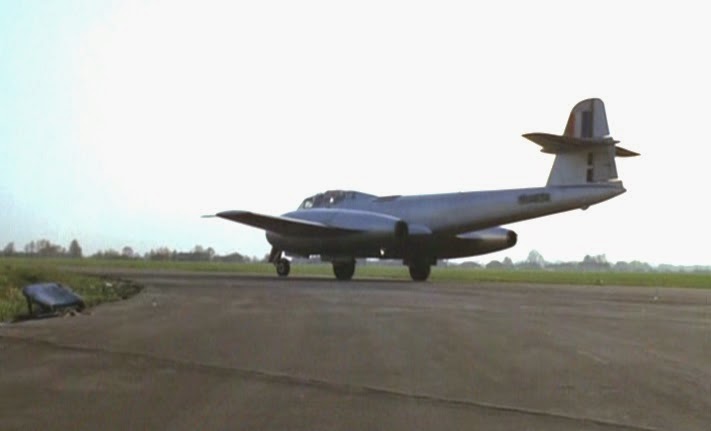 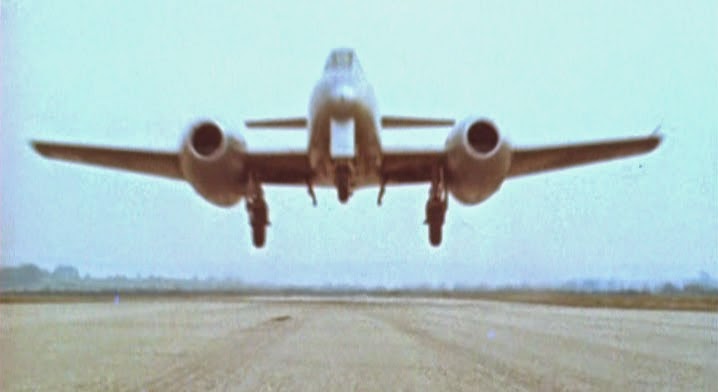 The Gloster Meteor as she appears in 'the Prisoner' episode 'Many Hayy Returns.'

Thursday July 31st saw the 70th anniversary of the first operational flight of the Gloster Meteor, an iconic aircraft, and Britain's first operational jet aircraft. The Gloster Aircraft Company manufactured the prototype using what was at the time, groundbreaking turbo jet engines developed by Frank Whittle.
For further information use the following two links