Progress Report On No.6 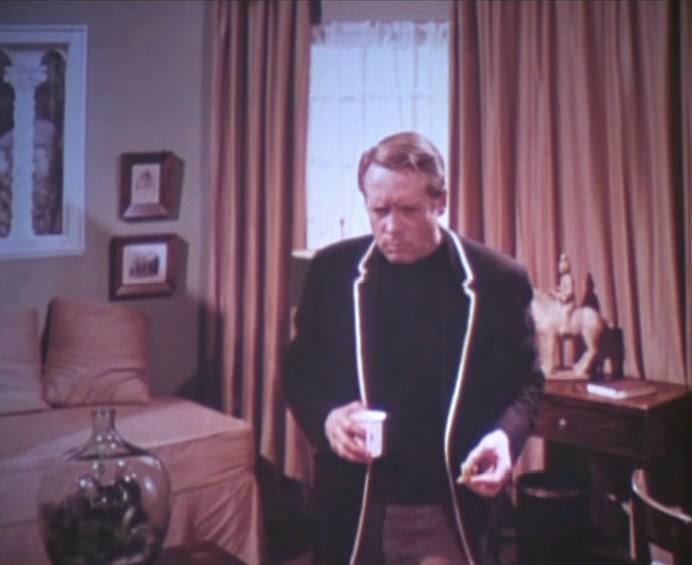 At times Number 6 is seen pacing the floor of his cell cottage, played like a caged animal, angry, stubborn, temperamental. At times he seems unable to relax, he cannot even sit down and relax whilst he's drinking a cup of coffee, and eating a ham sandwich!
Number 2 once asked the Colonel what sort of opinion he forms of that fellow on the wall screen.
"Anybody who spends his time doing that" said the Colonel "must be rather stupid."
Number 6 is always on the prowl, always on the alert, ready for any opportunity that might present itself. But if he doesn't learn to relax and eat properly, he'll give himself an ulcer. Just ask Number 2!